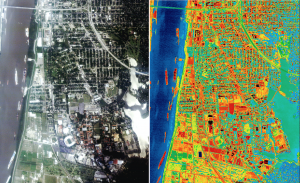 5. Satellite Vu trusts SpaceX for thermal imaging satellite launch
The UK satellite company Satellite Vu, which aims to monitor the thermal footprint of any building on the planet, has turned to SpaceX for the launch of what it describes as the world’s highest resolution thermal imaging satellite. It has signed a deal with Elon Musk’s company to launch the satellite in early 2023. This will be part of a rideshare launch on one of SpaceX’s Transporter missions aboard a Falcon 9 and the satellite will be the first of what is planned to be a constellation of seven UK built satellites in a low earth orbit. It aims to provide landlords, insurers and government agencies with access to real-time temperature data about the Earth’s built environment.

4. Intel sets out its stall
Intel laid down some product targets at its Investor Day. In the Xeon range, starting in Q1 2022, the company will deliver Sapphire Rapids on Intel 7, bringing performance improvements across a range of workloads and targeting up to a 30x performance increase in AI alone. Coming in 2023 is Emerald Rapids, the next-generation Xeon processor on the Intel 7 process node with improved performance and extension of memory and security benefits from the existing platform. In 2024, Intel will introduce what it calls a ‘revolutionary’ new E-core-based Xeon processor, Sierra Forest, as its leadership product on Intel 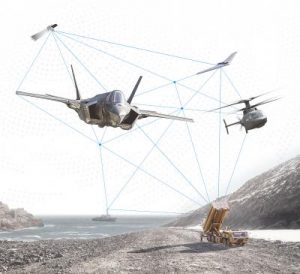 3. Lockheed Martin to prototype next-generation US Marine 5G comms
The US Department of Defense (DOD) has awarded Lockheed Martin a $19.3m contract to create a 5G communications network infrastructure testbed for the US Marine Corps. The testbed will be known as OSIRIS (Open Systems Interoperable and Reconfigurable Infrastructure Solution) and is part of the company’s “5G.MIL” programmes. These look to support the rapid integration of 5G technology across military operations on land, water, in air, space and cyber. Specifically, the test facilities should enable rapid experimentation and dual-use application prototyping.

2. ISSCC 2022: Machine learning processors
It takes a lot of effort to avoid machine learning processors at this year’s IEEE International Solid-State Circuits Conference, as they popped up not only amongst digital processing papers, but also next to memory and analogue papers. For example, of all the thousands of companies designing ICs around the world, only four were invited to describe their latest finished products at ISSCC 2022, and two of the four were machine learning processors: SambaNova with a 7nm chip with more than 40 billion transistors that can train a one trillion parameter natural language processing model in a quarter rack machine, and Tenstorrent with its ‘Wormhole’ neural network training processor delivering 430Tops from 771mm2 of 12nm CMOS.

1. Intel open to joining consortium to buy Arm
Gelsinger said that before Nvidia made its bid for Arm there had been industry talk about forming a consortium to buy Arm from Softbank. “We’re not big users of Arm, but we do use Arm,” Gelsinger told Reuters, “we’re going to get to be bigger users of Arm as we make it part of our IFS agenda as well. So, if a consortium would emerge, we would probably be very favorable to participate in it in some manner.”