A new 3GPP Technical report, TR 38.858 (draft not available yet) will look at Study on evolution of NR duplex operation (FS_NR_duplex_evo) in Rel-18. RP-213591 provides a justification on why this new duplex evolution needs to be studied:

TDD is widely used in commercial NR deployments. In TDD, the time domain resource is split between downlink and uplink. Allocation of a limited time duration for the uplink in TDD would result in reduced coverage, increased latency and reduced capacity. As a possible enhancement on this limitation of the conventional TDD operation, it would be worth studying the feasibility of allowing the simultaneous existence of downlink and uplink, a.k.a. full duplex, or more specifically, subband non-overlapping full duplex at the gNB side within a conventional TDD band.

The NR TDD specifications allow the dynamic/flexible allocation of downlink and uplink in time and CLI handling and RIM for NR were introduced in Rel-16. Nevertheless, further study may be required for CLI handling between the gNBs of the same or different operators to enable the dynamic/flexible TDD in commercial networks. The inter-gNB CLI may be due to either adjacent-channel CLI or co-channel-CLI, or both, depending on the deployment scenario. One of the problems not addressed in the previous releases is gNB-to-gNB CLI.

This study aims to identify the feasibility and solutions of duplex evolution in the areas outlined above to provide enhanced UL coverage, reduced latency, improved system capacity, and improved configuration flexibility for NR TDD operations in unpaired spectrum. In addition, the regulatory aspects need to be examined for deploying identified duplex enhancements in TDD unpaired spectrum considering potential constraints. 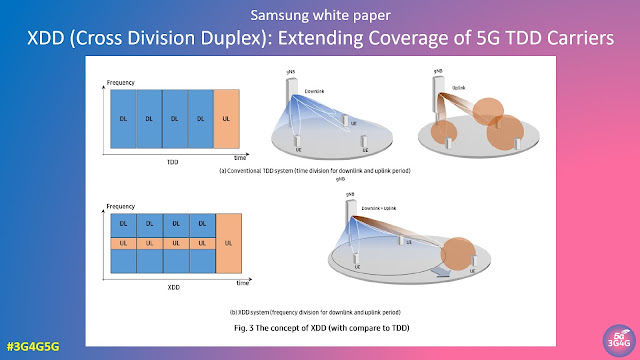 Samsung has a technical white paper on this topic which they refer to as XDD (Cross Division Duplex), available here. The abstract says:

XDD (Cross Division Duplex) is one of the key technologies that Samsung is proposing as part of Rel-18 NR (5G-Advanced) to address the coverage issue observed during the initial phase of 5G deployment. XDD provides improved coverage, capacity, and latency compared to conventional TDD. Instead of relying solely on orthogonal time resources for DL-UL separation as in TDD, XDD allows simultaneous DL-UL operation by using non-overlapping frequency resources within a carrier bandwidth.

This white paper provides a high level description of XDD concept, benefits, and implementation challenges. First, an overview of XDD including a comparison with conventional TDD and FDD is provided. Next, the implementation challenges of XDD especially at the base station to handle self-interference mitigation is provided. Furthermore, several features that we consider critical in realizing XDD in actual deployment scenarios are provided along with some performance results. Finally, Samsung’s view on XDD for the next phase of 5G (5G-Advanced) is provided. 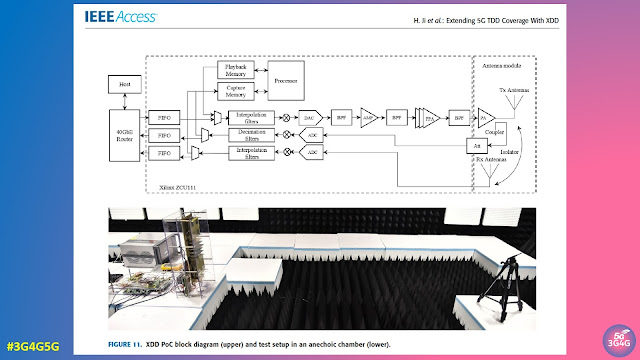 In this paper, an advanced duplex scheme called cross-division duplex (XDD) is proposed to enhance uplink (UL) coverage in time division duplex (TDD) carriers by utilizing self-interference cancellation (SIC) capability at a base station. With XDD, it is possible to combine TDD’s ability to efficiently handle asymmetric UL and downlink (DL) traffic with frequency division duplex’s coverage advantage. To do so, XDD simultaneously operates UL and DL on the same TDD carrier but on different frequency resources. Such operation leads to severe interference on the received UL signal at the base station which requires two levels of SIC implementation; antenna and digital SIC. More than 50 dB of interference is removed through the antenna SIC using electromagnetic barriers between the transmitting and receiving antennas. The remaining interference is removed by the digital SIC based on estimating the non-linear channel of the circuit at the receiver baseband. It is verified by simulation and analysis that with the proposed XDD, the UL coverage can be improved by up to 2.37 times that of TDD. To check the feasibility of XDD, a Proof-of-Concept was developed where it was observed that the benefits of XDD can indeed be realized using the proposed SIC techniques

In the segment of the video embedded below, Dr. Hyoung Ju Ji, Principal Engineer, Samsung Electronics, Korea explains how XDD is a Realistic Option for Full Duplex Realization.