The pandemic has not been kind to women in the workforce, and Verizon’s Debika Bhattacharya is concerned that progress made for working women may be sliding by decades.


About 1.8 million women left the workforce during the pandemic. When the growth of the labor force pre-pandemic is considered, “2.3 million fewer women are working now than would have been without the disruption,” according to Politico.


Light Reading recently caught up with Bhattacharya during a fireside chat at Light Reading’s Big 5G Event in Denver to discuss the role mentors and sponsor have played in her career, and what she sees as the current biggest barriers for women in the industry. 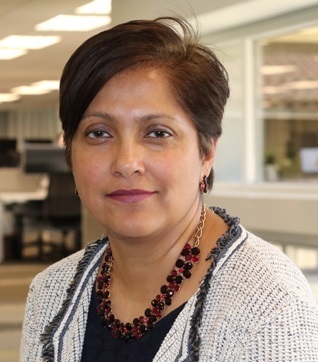 Debika Bhattacharya is SVP of 5G and enterprise solutions for Verizon Business Group.


Bhattacharya has over 25 years of experience in the telecom industry and is currently SVP of 5G and enterprise solutions for Verizon Business Group. She leads a team of over 1,100 sales and technology professionals across 20 countries, and works closely with Verizon’s global enterprise and government customers on 5G, edge computing, software-defined services and business services. In addition, Bhattacharya works with Fortune 1000 businesses and organizations from the healthcare, retail, manufacturing and financial industries.


“COVID has been very difficult for women overall with additional responsibilities, and women’s participation in the workplace has gone back several decades,” says Bhattacharya.


In fact, nearly 45% of women said they’ve felt burnout for months and over 35% report feeling exhausted, according to the Women in Workplace 2021 study by LeanIn.Org and McKinsey. Comparatively, about 35% of men felt burned out and about 30% reported exhaustion. The report includes findings from 423 participating organizations employing 12 million people, with over 65,000 people surveyed.


Among US respondents, over 50% cited “mental health” as significant or somewhat of a challenge during the pandemic  less than 30% were significantly or somewhat concerned about the impact the pandemic has had on their physical health. About 50% also cited “workload increases” as a front-of-mind challenge.


While COVID-19 has undoubtedly complicated workplace dynamics for women in comms, Bhattacharya says attaining credibility has long been a challenge for women in the industry.


“One of the areas that that has impacted me personally, and that I continue to see is credibility. Women have to demonstrate competence to be considered credible. In many cases, men are presumed to be credible.”


Bhattacharya shared a personal example where many acquaintances have approached her husband as a result of seeing a bumper sticker for the Massachusetts Institute of Technology on Bhattacharya’s car, expressing their surprise that her husband went to MIT, saying “I didn’t know you went to MIT.”


“He didn’t [go to MIT],” she says. “It’s not even his car, but it’s the presumption that it’s a male who is technical and credible.”


Bhattacharya holds advanced degrees in electrical engineering and physics from the Massachusetts Institute of Technology and the State University of New York, and is involved in the IEEE-Women in Engineering and the Society of Women Engineers industry organizations.


More so earlier in her career, there have also been a number of instances where in meetings, a speaker has addressed her male direct reports in a way that assumes they were the manager, when in fact Bhattacharya leads the team.


“I used to get frustrated in that type of situation, where people are not giving me the level of respect that I deserved based on my experience and my expertise in a certain area,” says Bhattacharya. “Instead of being resentful, I decided I would write my own narrative. That’s what I tell other women and technology professionals: ‘Don’t be shy about your accomplishments. Don’t be overly modest about what you have done  if you have a leadership role, mention it early on to people.’ “


Bhattacharya says even the small step of now proudly wearing her MIT graduation ring has made an impact on how people address her.


In addition to finding the confidence to vocalize her accomplishments, Bhattacharya says she’s been fortunate to have both mentors and sponsors that have helped accelerate her career. While both have been important, Bhattacharya says career sponsors have played a larger role in moving the needle in her career  “the biggest benefit for my career came from sponsorship, and my sponsors were senior leaders who spoke up for me and advocated for me, when it was time for promotions and important assignments.”


She also realized that she could request a mentor, but a sponsor was “earned” once sponsors were aware of her success and wanted to invest in her continued growth.


Women also need to actively advocate for each other in the workplace, says Bhattacharya, as “there’s plenty of room for other women at the table.”


“Open the table, invite as many different women with different points of view and different backgrounds that you can get for resumes so that the team, the organization, the enterprise, the corporation is so much more robust and successful,” she says.