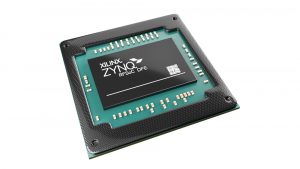 The OpenRAN movement continues its steady progress with the launch of a compatible set of massive MIMO kit from two companies keen to disrupt the networking space.

Mavenir is strong on telecoms virtualization software, while Xilinx specialises in chips and general embedded hardware cleverness. Together they’ve made what they claim is first mMIMO 64TRX joint solution, which will be available towards the end of this year. That means it has a massive 64 transmitters and receivers.

“This integration demonstrates an efficient Open RAN massive MIMO solution to achieve diversification of the telecommunications supply chain,” says Pardeep Kohli, CEO of Mavenir. “This is an important milestone in the delivery of open and interoperable interfaces enabling the deployment of mMIMO in high density, high mobile traffic metro areas.”

“We were early proponents of Open RAN technology along with Mavenir and actively led in standards development in the industry through many field trials around the world,” said Liam Madden, GM of the Wired and Wireless Group at Xilinx. “With the investment we have done on our market-leading wireless radio technology and massive MIMO R&D, we are excited to collaborate with Mavenir to bring our collective technology and radio system expertise together that will accelerate the deployment of market leading 5G O-RAN massive MIMO radio solutions.”

As we saw earlier today, there’s a lot of political enthusiasm towards OpenRAN as it’s viewed as the best chance of a solution to the networking kit duopoly created by the expulsion of the Chinese vendors. Developments like this, presented in words of one syllable, are likely to excite Western politicians more than is healthy.

There is, however, a paradox contained within any OpenRAN collaboration, which is that it’s supposed to be all about unbundled tech. Light Reading spoke to the protagonists and asked them about that very issue. Apparently you could swap out the Mavenir software if you wanted, which is reassuring, but also begs the question of why they’re bundling it in the first place. Why isn’t Xilinx just launching the hardware by itself? Is it optimised for Mavenir software?

Xilix, of course, is in the process of being acquired by fellow chip-maker AMD, which has been on a good run for the past couple of years. Managed properly the combined company could be a significant OpenRAN hardware player. To what extent it decides to keep partnering with other players to make more complete offerings will presumably be dictated by how purist the market feels about the concept of ‘open’.