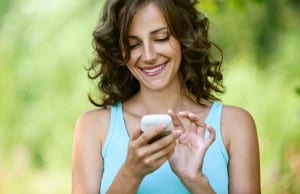 Up-and-coming cloud messaging platform company MessageBird has announced the acquisitions of two companies that will boost its portfolio of customer engagement services.

Netherlands-based MessageBird has often been tagged as a less high-profile version of Twilio, but came to prominence in its own right last year when it raised $200 million in a new funding round that had financial analysts throwing round company valuations of $3 billion. That Series C funding round was earmarked to further the company’s growth and now, almost six months later, it has added two new names to its stable.

The company said it is welcoming customer-engagement-via-video specialist 24sessions and customer data company Hull to the fold, but has not disclosed the value of the deals.

However, TechCrunch quotes MessageBird founder and CEO Robert Vis as saying the two deals, plus December’s acquisition of real-time notifications firm Pusher, come in at $100 million; Pusher accounts for $35 million of the total.

Whatever the price tag, it’s clear that MessageBird is on a mission to buy in new technology platforms and capabilities.

MessageBird’s raison d’être is to improve communications between businesses and their customers. It is an omnichannel communications company, with the self-stated aim of enabling customers to engage with businesses in the way they prefer, rather than via the business’s preferred method; MessageBird believes consumers prefer to use messaging, rather than enduring the frustration of waiting on hold on a voice call, for example, and it is pushing the idea that customers increasingly expect businesses to facilitate that.

It offers various products, tools and omnichannel solutions to help businesses communicate through their customers’ preferred channel, be it voice, email and SMS, or the likes of WhatsApp, WeChat and Messenger. “If you’ve ever ordered takeaway, returned a package, contacted customer service or requested a login code, it’s almost guaranteed your interactions have been powered by MessageBird’s technology,” the company says on its website, noting that it serves 20,000 customers globally, reaching billions of devices.

Buying companies like 24sessions and Hull just adds strings to that omnichannel bow.

Amsterdam-based 24sessions has built a video-first platform to help banking, insurance and other enterprises connect with their customers. It boasts some big name customers, including Dutch financial services companies Rabobank and ING, energy firm Vattenfall, and Schiphol Airport.

Meanwhile, with offices in Paris and Atlanta, US, Hull is a data company that aims to help brands understand their customers better. Both have now proudly added ‘a MessageBird company’ to their corporate branding. The way MessageBird is growing, they won’t be the last to do that.