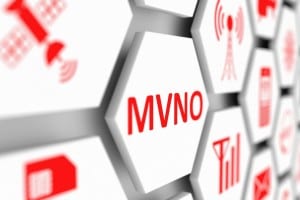 Telecoms.com periodically invites expert third parties to share their views on the industry’s most pressing issues. In this piece James Gray, Managing Director, Graystone Strategy shares his thoughts on why dotmobile being awarded a full MVNO licence in Canada doesn’t mean the MVNO floodgates have opened.

dotmobile has been awarded a full MVNO licence in Canada. It’s made headlines around the world in because it’s a hard won first. It first proposed an MVNO in September 2019 and gone on to achieve something no other brand in Canada has. The reasons for which are complex.

A long and perhaps bitter debate about whether the regulator (CRTC) should push the ‘Big 3’ national networks to mandate MVNOs persists. Vehement opposition from Bell, Rogers and Telus stands in the way. No wonder. They hold significant market power, as pointed out by the Canadian Competition Commission to CRTC in a recent report where it identified that the Big 3 had market power in retail and wholesale pricing.

Certainly, consumers don’t get a great deal in Canada, which ranks 209th out of 228 countries on cost per GB. The average price is USD 12.55/GB making it the most expensive G8 country, well-behind the USA ranked 188 with USD 8/GB and Italy ranked 4 with USD 0.43/GB*.

However, in Nigeria, a country similar in size but with a population six times bigger, data is USD 1.39 / GB and ARPU is under USD4. That’s about 13 times smaller than ARPU in Canada (USD55). Even accounting for economies of scale, Canadians are probably getting a raw deal.

The Competition Commission said as much highlighting that “wireless disruptors” offer 35-40% lower prices than incumbents. Though not MVNOs, these smaller localised mobile network operators such as Videotron, Freedom Mobile and Sasktel operate competitively with far less economy of scale.

Despite this, a recent report from PWC ‘Understanding the likely impacts of MVNOs in Canada’ suggested the Canadian GDP would shrink by $10 billion (Canadian Dollars) in five years, reducing tax income by $2.5bn. With the potential for such huge economic impacts it  makes you wonder why more than 80 countries worldwide have supported the launch of MVNOs!

I see a flip side: more disposable income to spend on other things. Indeed, does GDP and tax decline, or is the money just spent on other taxable things and invested in savings, pensions and government bonds?

There’s always been the argument that revenues may decline for the operators involved, but customers get better value from competitive models and the whole of society gains as a result.

Competition also sparks innovation at the network level, increasing an operator’s ability to be more cost effective and efficient than ever before. And of course, a more competitive market means that operators will do more to win customers, and maybe even improve rural coverage or introduce pricing models specific to rural access to win them.

It has to be a consideration given that currently, 16% of all Canadian, and 63% of rural Canadian households don’t have access to a standard 50-Mbps internet connection. In Yukon, Northwest Territories and Nunavut there is no reliable access to that type of internet speed.

In the UK, where there are 11m affected by such a digital divide, The Good Things Foundation believes lack of access to digital services will create an economic loss of £22bn (about 38 billion Canadian dollars) over 10 years. That’s a big sum and not to be dismissed lightly.

However, I have witnessed first-hand the impact competitive choice can have on communities and the market in general. Operators must compete for the customer when there is more competition, and in turn deliver a service people want and can afford. It breeds product and service innovation that would not otherwise have happened.

My view is that Canada’s consumers need a better competitive dynamic. While green shoots may be appearing with the award of a full MVNO licence to dotmobile it doesn’t go far enough. So, the real question is whether the CRTC is prepared to cause upset and pursue a regulatory framework that enables MVNOs and competition.

I would be a strong advocate, but then I work in the MVNO industry, begging the question can anyone really be impartial in this debate?

To find out more about the Canadian market at the upcoming MVNOs North America Digital Symposium, you can register your place here.