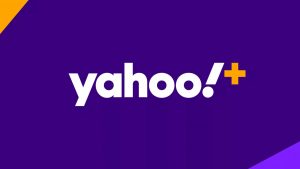 Some bright spark at US telco group Verizon has decided all its media products should be aligned with the iconic Yahoo brand.

Verizon isn’t so excited about the move that it has issued a formal press release about it, however, preferring instead to grant an exclusive interview to Axios. “Yahoo is the future of our consumer facing brand,” said Joanna Lambert, Head of Consumer at Verizon Media. “Over time, we will be moving non-Yahoo brands and centralizing them around Yahoo.”

Why neither of the tech sites it owns were considered worthy of the exclusive is presumably a question they’re asking internally. TechCrunch, meanwhile, was reduced to publishing a clarification that the rebranding won’t go so far as it being renamed YahooCrunch, or something like that. Yahoogadget doesn’t seem to have spoken publicly on the matter.

On the surface this seems like a ridiculous strategy. Nobody thinks Verizon’s strategy of picking through internet fossils for cut-price brands in its bid for content relevance was a good one, surely. Nonetheless, the oldest of the lot is where it now wants to hang its flag.

While the Yahoo brand has very little value on this side of the pond, maybe the Americans – for whom this rebrand is designed – feel differently. While hardly conclusive evidence, this tweet suggests Verizon still has some convincing to do.

Yahoo doesn’t seem to realise that there’s a generation of people that don’t care about the Yahoo brand. https://t.co/ng2cFC09PM

The collective brand for Verizon media properties will now be Yahoo+ which, as you can see above, somehow has to be reconciled with the exclamation mark we can’t be bothered to use. Verizon has a rich history of misguided rebrands and, while we wish this one all the best, it’s hard to imagine it bucking that trend.

Verizon and Honda want to use 5G and edge computing to make driving safer
Portugal mulls rule changes as 5G auction drags on
As telcos pursue 5G and MEC, Google Cloud leverages its edge
Google denies Pixel 5a 5G cancelation, confirming it’s coming this year
Telenor and Axiata have another bash at a Malaysia merger