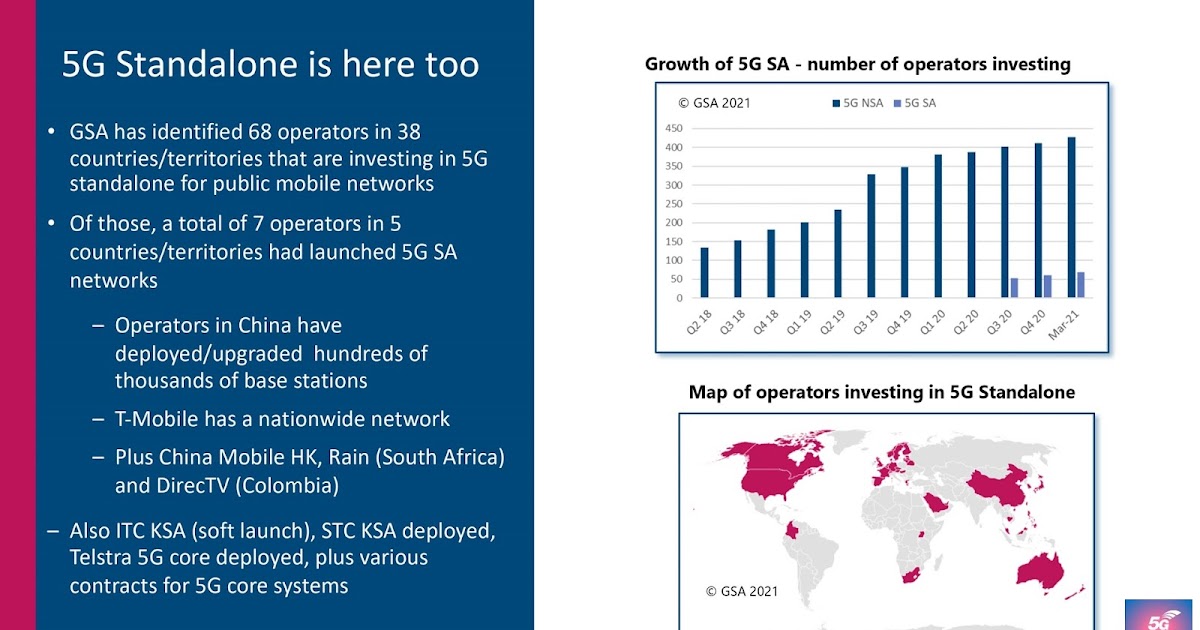 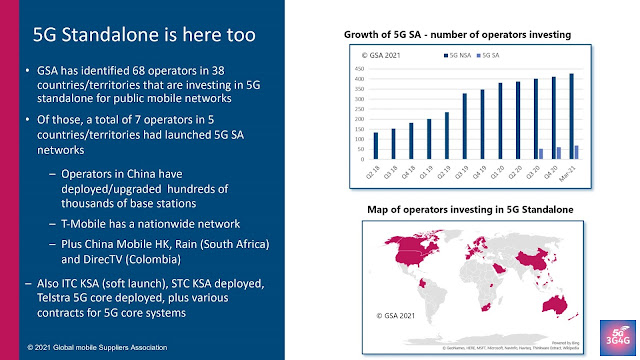 I wonder if you have seen as many adverts talking about the 5G revolution as I have. In fact I have collected many of them here. The problem is that most of these promised 5G awesomeness can only be delivered when 5G Standalone networks are launched.

Before going further, if you don’t know what 5G standalone (SA) and non-standalone (NSA) networks are, then you may want to check one of my tutorials/video. For beginners here and slightly advanced version here. If you just want to learn about the 5G core, tutorial here.

I believe that the 5G Non-standalone networks are a hack that were designed mainly to show just the 5G icon and in some cases it also provided enhanced speeds. Some operators have realised this and are thinking about the 5G NSA sunset. There are some potential issues with 5G SA speeds that need sorting out though.

GSA recently held a webinar looking at the status of 5G Standalone networks. The video of the webinar is embedded at the end of the post. The webinar summarised the stats as following: 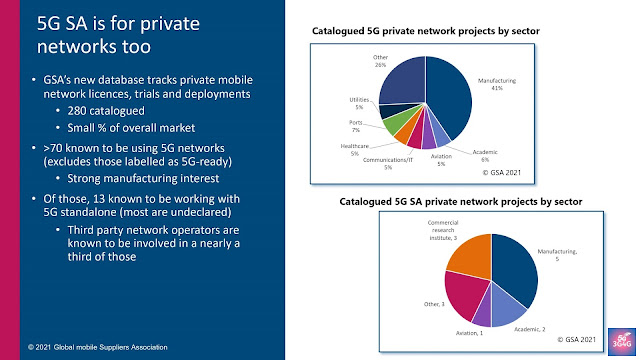 Private Networks, Non-public networks (NPN) and Industrial 5G Networks are also expected to make use of standalone 5G networks. As 5G networks get virtualized and open, we will see a lot more of these. 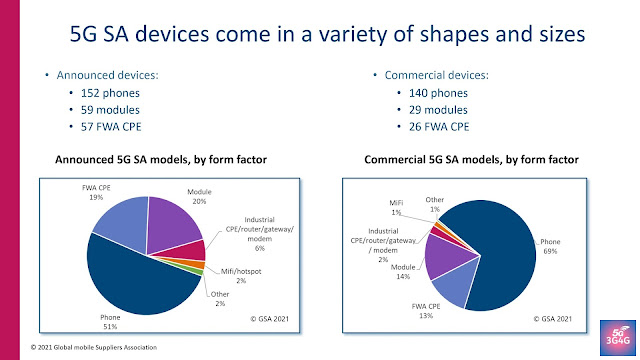 The webinar also highlighted the progress of 5G devices:

Here is the webinar: