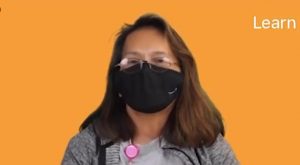 Internet giant Amazon is trying to convince its warehouse workers not to unionize, but its disturbing ads run on Twitch break the streaming service’s rules so they’ve been taken down.

The ads were first brought to broader public attention by More Perfect Union, a news site focused on worker’s rights. As you can see from the tweet thread below, the crude Amazon video ads feature happy Amazon workers, wearing face masks for some reason, telling the camera how great everything is at work and how they definitely don’t need a union to represent their interests.

NEW: Amazon is running glossy anti-union ads to combat the organizing drive by workers at their Bessemer, AL, warehouse. An Alabama resident said this spot is one of several that Amazon is now running on Twitch. pic.twitter.com/6WlojetvzY

The ads themselves are reminiscent of the kind of things hostages are forced to do to by their captors, but we’re sure that’s just an unfortunate coincidence. One of the sites these ads were run on was Twitch, a game streaming service acquired by Amazon in 2014, but it turns out Twitch has a policy of not running political ads of any sort, including those designed to persuade workers not to unionize.

So Twitch told Vice that it has taken down the ads, even though they were posted by its parent company. “Twitch does not allow political advertising, and these ads should never have been allowed to run on our service,” a Twitch spokesperson told Vice. “We have removed these ads and are evaluating our review processes to ensure that similar content does not run in the future. We are grateful to our community for bringing this to our attention.”

While Twitch should be commended for standing by its principles even at risk of upsetting its owner, that does make you wonder about its review processes in general. Are they generally ineffective or was Amazon able to circumvent them by exploiting its unique status? Either way this seems to have turned into a PR loss for Amazon.

While the union activity is currently restricted to one site in Alabama, Amazon presumably doesn’t want its thousands of warehouse and delivery workers around the world getting funny ideas about collective action, so it seems keen to nip this in the bud. Running such clumsy dystopian pieces of propaganda will probably just serve to fuel any sense of grievance and add to the impression of one of the richest companies in the world seeking to divide and conquer its workforce.