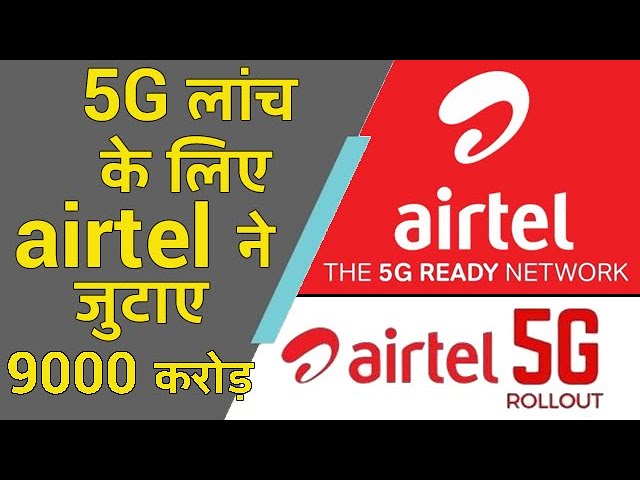 Videos
Airtel Raises ₹ 9100 For Quick 5G Rollout.Private sector telecom company Bharti Airtel has raised $ 1.25 billion (about Rs 9,100 crore) from the market through various debt instruments. The fund has been raised by the company at a time when the auction of Rs 3.92 lakh crore worth of spectrum is going to start from the government.

Airtel said in a statement on Thursday that “it has been the largest loan issue of any Indian investment grade company since January 2019”. The company said that the order book was more than three times at the time of final valuation. Subscriptions were received and the amount reached five billion dollars. Significantly, the Bharti Airtel board earlier this month approved funding plans of up to Rs 7,500 crore through debt instruments such as debt instruments and bonds in one or more trashes.

Airtel’s fundraising plan has come at a time when the government has started rolling the ball for the upcoming spectrum auction. In this, radio waves worth Rs 3.92 lakh crore will be put on the block. Auctions in seven spectrum bands for mobile services are scheduled to begin from March 1.

Recently, Bharti Airtel has partnered with Qualcomm Technologies (Qualcomm) to accelerate 5G services in India. Airtel and Qualcomm will also work jointly to develop a 5G fixed wireless access network. After this the home internet network will be upgraded. It will upgrade the existing broadband infrastructure to offer a gigabit class home Wi-Fi network. It is believed that through fast internet at home, Airtel will beat other telecom companies. Significantly, Airtel had showcased a 5G live commercial network in Hyderabad city. Airtel is the first company in the country to do so. Now for the expansion of this service, Airtel has chosen Qualcomm as its partner.

5 things to know before deploying 5G in your business
T-Mobile to pay $19.5M fine related to 911 outage in June 2020
BAW filters keep RF interference out
Eurobites: Telenor explores Thai merger
How CES 2022 will be successful in spite of COVID-19