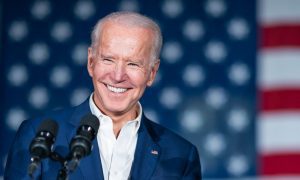 The foreign policy of the Biden Presidency has a distinctly familiar feel to it, with a new executive order designed to boost domestic industry.

As is so often the way with politics, the packaging may be different but the contents remain much the same. While Donald Trump spoke of making America great again, Biden is coating similarly protectionist policies with the veneer of security, thus building on the work of his predecessor.

As anticipated, Biden has issued yet another executive order, this time designed to address some foreign policy hot topics. The Executive Order on America’s Supply Chains opens by stating “The United States needs resilient, diverse, and secure supply chains to ensure our economic prosperity and national security.”

These are two distinct reasons. The national security aspect seems to be a belated acknowledgment that being heavily reliant on its main geopolitical rival for loads of strategically critical stuff might not be the best idea. That’s hard to argue with and it seems we have Trump to thank for opening American eyes to the strategic threat posed by China, following decades of pandering and appeasement.

The economic prosperity argument is just protectionism, pure and simple. Does this excerpt from the first paragraph of the executive order remind you of anyone? “Resilient American supply chains will revitalize and rebuild domestic manufacturing capacity, maintain America’s competitive edge in research and development, and create well-paying jobs.”

The specific supply chains identified as requiring remedial action are:

The first three seems to have been highlighted by the US automotive sector, which is having its manufacturing capacity severely constrained by the global chip drought. The matter of pharmaceutical supply security has presumably been brought into focus by the Covid pandemic. Biden has given various agencies 100 days to come up with their analysis and cunning plans, which will presumably involve further mountains of public money the US doesn’t have.

If nothing else this would appear to answer the question of which direction Biden will go with respect to America’s relationship with China. While no specific country is mentioned in the executive order, nobody doubts it is prompted by over-reliance on China. So it seems the two countries will continue to drift apart and the process of global Balkanisation will continue. Great.