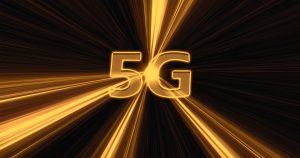 Telecoms.com periodically invites expert third parties to share their views on the industry’s most pressing issues. In this piece Jonatan Matsson, Partner and Europe lead at Kearney’s Communications, Media and Technology practice, looks at the political and regulatory factors contributing to Europe’s poor 5G performance.

2021 is an all or nothing year for 5G roll out in Europe. Why? Because as the world recovers from the economic fallout of the Covid-19 pandemic, the business innovation centre of gravity will move further away from Europe if it fails to build its 5G infrastructure quickly enough; in doing so, Asia and the US will reap the rewards.

The problem is that Europe is still lagging behind. Despite European technology leadership, the region remains slow in its roll out which is driven by delayed spectrum auctions and operator hesitance on the business case. Kearney’s 5G Readiness Index reveals that poor rollout means that the continent is being outstripped by the US and Asia. If European governments deem 5G to be critical national infrastructure and key to modernising primary industries like healthcare and transport, then why do they now find themselves playing catch up?

According to a report by telecoms trade body ETNO and research company Analysys, the number of Europeans able to connect to a 5G network in September was 24%, almost double the 13% in 2019. This, however, is a world away from the 76% of Americans with a 5G connection, and even further away from South Korea where it is 93%. Taking into account 5G auctions, spectrum, launches, the wider telecom market and infrastructure, as well as the population’s tech readiness and socioeconomic factors, the US towers ahead of Europe in 5G readiness (Kearney, 5G Readiness Index 2021). While Norway and Switzerland are not world’s away, the largest European economies – UK, Germany and France – fall short.

It comes as little surprise that the biggest cause of this disparity is regulation. Operators need spectrum and lots of it. While the US has been able to auction large bands of high-band spectrum because of its favourable regulatory environment, much of Europe has experienced delays in spectrum auctions due to heavy-handed regulations and lack of unified urgency.

This requires a change in outlook. The US and Asia currently seem more aware that 5G’s immediate value is as a key economic driver for a variety of b2b industries. While there are many reasons not to rush when it comes to consumer 5G services, catching up with the US and China with the infrastructure required for large IoT networks is key. The question is: can Europe compete?

Getting up to speed?

The European Union has dedicated a fifth of the €750 billion euro recovery fund to improve digital capabilities and coverage is expected to gather speed in 2021 as a result. This is good news for the member states, but it is still mostly up to mobile operators to pay companies like Ericsson, Nokia and Huawei for the equipment.

In Europe, operators are fragmented (there are 39 across the region) in comparison to the three in the US. Although Ericsson forecasts Europe’s 5G coverage should grow from around 1% of mobile subscriptions across the continent in 2020, to 55% in western countries and 27% in central and eastern states over the next five years, disunity is a barrier to faster growth.

Time is of the essence and while Europe is improving, it isn’t moving quickly enough. Average investment per capita in new networks is €94.8 in Europe compared to €147.9 in the US and €233 in Japan; to be competitive, this must increase exponentially. Although it’s perhaps unfair to compare Europe against countries with unified regulatory policy, it’s well within the continent’s capabilities to mount a challenge. To understand this, let’s look at the difference between those who are ahead and behind in Europe.

The winners and the laggers

The favourable regulatory environments of Norway and Switzerland have made them the readiest countries in Europe. Why? Because more spectrum has been made available quickly and operators have launched 5G services across different spectrum bands. Norway has auctioned high-band spectrum at a far greater rate than other European countries and Switzerland is one of the first in the world to launch commercial 5G; it already has 4% of subscribers which is only 1% behind China. This is the impact of proactive regulators prioritising speed of delivery.

It is, however, a different story in the rest of Europe. Regulation that fails to incentivise investment, high spectrum costs and fragmentation of operators in the market are major hurdles to change. In countries like the UK, geopolitical issues pose additional challenges to progress.

With the real impact of Brexit is being realised day-by-day, the overall concerns to the UK economy and growth are likely to leak into the 5G market. UK operators adopting a cautionary position may be less willing to invest quickly in 5G, especially when fibre broadband rollout is still such an issue. Other concerns around Brexit include the impact on the job market; questions have been raised as to whether the UK’s departure from the EU will affect operators’ ability to recruit and retain the staff they need.

However, some of these issues can be considered more speculation than evidence-based, and, in some respects, Brexit may give the country the same regulatory freedoms that Norway enjoys outside of the EU. Whether Britain benefits in the long-term will be determined by its approach to regulation. The UK’s decision to ban Huawei is a set back to its 5G rollout, but it can still make bolder regulatory choices such as expanding the rights for operators to upgrade and share infrastructure. If the government gets the framework right, the rollout will pick up pace.

5G’s role in the post-Covid-19 economy

So, is there a yes or no answer to whether Europe can catch up? We say yes, but the clock is ticking. The picture is far from simple on the continent and giving a definitive answer is difficult. However, it is important to reiterate that Europe can and must catch up if it wants to fully reap 5G’s benefits.

Ultimately, success will come from having a proactive regulator that enables the fast development and rollout of 5G, a large amount of spectrum available to enable a variety of use cases, and a strong and modern fixed infrastructure. Once these conditions are in place, it is possible for movement to be quick.

For instance, France, which until recently was at the bottom of the index, has been able to lift itself because it held an auction in September making mid-band available. On top of this, French operators have begun to launch their networks.

The politics and economics of Europe might make catching up to US and Asia less easy, but this is no good reason it cannot catch up. It starts by taking 5G seriously and creating an infrastructure that’s on par with the competition, because this race won’t be won slow and steady – and there’s no medals for second place.