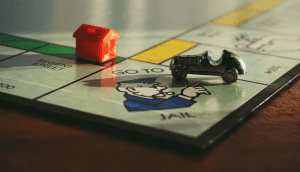 Barely a day goes by without some evidence being presented that one of Facebook, Apple, Amazon or Google has used their power to distort the market.

The EU is currently investigating Google for abusing its dominant position in search and advertising, the US is regretting letting Facebook acquire its way to dominance and Apple’s power over app developers is starting to look unsustainable. Now we hear Amazon has reportedly been favouring certain retailers on its Indian site, despite insisting it operates a level playing field.

This last claim comes courtesy of Reuters, which is in possession of a mega-leak of Amazon internal documents. Among the many revelations is that a third of all Amazon’s sales in India in early 2019 were accounted for by just two sellers, in which Amazon reportedly had indirect equity stakes. A further third of sales were apparently accounted for by another 33 sellers, leaving the remaining 400,000 to fight over the scraps.

It’s a long piece, derived from documents dated 2019-2019, so we’re not going to attempt to summarise it all here. In essence it seems to indicate that Amazon uses its dominant position as an ecommerce platform to favour a small number of sellers. Unsurprisingly Amazon publicly insists it’s a friend on small business, but this report fundamentally contradicts that claim.

“[Amazon] does not give preferential treatment to any seller on its marketplace [and] has always complied with the law,” said Amazon in a written response to Reuters. “The reporting appears based on unsubstantiated, incomplete, and/or factually incorrect information, likely supplied (maliciously) with the intention of creating sensation and discrediting Amazon.”

That reads like a fairly standard corporate rebuttal and crude attempt at FUD. If it doesn’t give preferential treatment then how does it explain the alleged imbalance? What does ‘unsubstantiated’ mean in this context, and what does the motivation behind the supply of the information have to do with anything? They’re either legitimate Amazon documents or they’re not.

It’s common knowledge that the global lockdown resulting from the Covid pandemic has been massively beneficial to the internet giants as everyone has been forced to live their lives remotely. While that’s nothing more than good fortune for them, it may have served to tip their status, in the perception of politicians, regulators and the public, from big companies to monopolists.

What to do about it is another matter though. All of these companies seem to have achieved their position by fair competition and they offer products and services that are valued by billions of people. Of course they shouldn’t be punished for their success but at the same time, with great power comes great responsibility.

The telecoms industry offers some guidance about what to do with companies that operate near monopolies – regulation. The big difference is that CSPs are constrained by geography, while the internet giants are global. There’s little precedent for global regulation and it’s hard to imagine how such a thing could be done. Most likely is that precedent will be set by one country or bloc and that will lead the rest of the world to follow suit. Some of those precedents seem likely to be set this year.