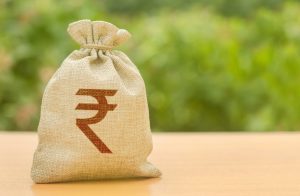 India is up there with other major global markets when it comes to mobile data growth, according to the latest mobile broadband report from Nokia.

The Indian broadband market is largely dominated by mobile, due to affordable smartphones, low data prices and ease in the provisioning of services, Nokia noted in the eighth edition of its Mobile Broadband India Traffic Index (MBiT). While the country had 720.2 million mobile broadband users as of November, an increase of 14.4% over the previous year, there were just 21.9 million fixed broadband subscribers at the same date. Growth was almost as high, at 12.2%, however the base is, of course, much lower.

Nonetheless, this low rate of penetration – there are approximately 1.4 billion people in India – means a significant opportunity for growth.

Nokia predicts that fixed broadband revenues will grow at a CAGR of 8.6% over the 2020-2025 period, driven in the main by the adoption of better value bundled plans, an increase in working from home and e-learning on the back of Covid-19, and a push from operators to roll out fixed networks. On the last point, a proposed break in licensing fees is spurring investment in fixed networks, Nokia said, while growth in fibre-to-the-home (FTTH) take-up is being driven by both government initiatives and the involvement of private players in the market.

Indeed, Reliance Jio and Bharti Airtel have both made a fair amount of noise about rolling out fibre in recent months.

India had 4 million FTTH connections at the end of last year, up by just over a million on the previous year.

Fixed wireless access (FWA) in particular will get a boost with the arrival of 5G in India. And the signs are there that the market is ready for the next generation of mobile technology.

4G data users grew by 17% and there was a marked increase in the amount of data being consumed in India. Pan-India mobile data traffic reached 9,762 petabytes in December, up from 7,176 PB in the same month in 2019. The average monthly data usage per user reached 13.5 GB in December up more than 20% year-on-year, driven both by growth in data users and an increase in video consumption.

India’s 4G device base surpassed 607 million units last year, with VoLTE devices making up 93% of the total. Nokia expects double-digit smartphone growth in the country this year, with the launch of low-cost 4G smartphones providing the necessary headroom for data growth and encouraging 2G and 3G users to upgrade. Meanwhile, there are already 2 million active 5G devices in India, according to Nokia, and the first round of 5G spectrum licensing is due to get underway this year…although as yet there is no concrete plan.

The statistics in this latest MBiT report shows that with around 60%  traffic growth in the past five years and 13.5 GB of average monthly data usage per head, “India stands tall amongst the mature markets,” Nokia said.