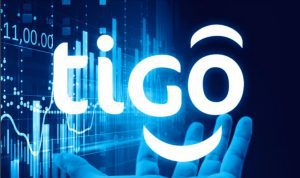 Millicom did its best to talk up a fairly weak full-year financial performance on Thursday, but did not attempt to conceal the difficulties it will face in its various operating markets this year.

The telco, which provides services in Latin America and one African market – Tanzania – under the Tigo brand, saw revenues and operating profit decline in the fourth quarter and 2020 as a whole, and is battening down the financial hatches for the current year.

As previously announced, the telco is making no dividend payment to shareholders for 2020 and has now decided to suspend dividends for 2021 as part of a strategy aimed at addressing the uncertainty wrought by Covid-19.

“While we are encouraged by recent trends, our plans for 2021 reflect the fact that in our markets the pandemic is hitting a second wave, unemployment remains very high, government finances are stretched, and it remains unclear when the worst of the economic impact of this health crisis will pass,” said Millicom chief executive Mauricio Ramos.

Ramos said the company will take the same “prudent” approach to 2021 as it did last year, including managing the business to deliver a minimum OCF of $1.4 billion, which should give the firm the flexibility to adjust plans as necessary throughout the year. The company said it will also prioritise capex for organic growth and net debt reduction as it works towards a long term leverage target of around 2x.

“With this in mind, we believe it is prudent not to pay a cash dividend in 2021, although we may resume share repurchases in the second half of the year,” Ramos said.

Despite the gloomy socio-economic climate and the fact that Millicom’s own numbers were less-than stellar, Ramos declared himself to be “optimistic about the future for Millicom. And to be fair, the telco’s results do show some glimmers of hope.

“The recovery that began in June gained momentum in the fourth quarter, and the important steps we took at the onset of the crisis provided us with ample flexibility to adjust our plans as business activity recovered in the second half of the year,” Ramos said.

To illustrate its point the company shared figures for Latin America that showed service revenue declined by just 0.4% in Q4 compared with 6.8% in Q2, while EBITDA in the region grew by 1% year-on-year in Q4 versus an 8.1% decline in Q2.

Millicom really needs those trends to continue this year.