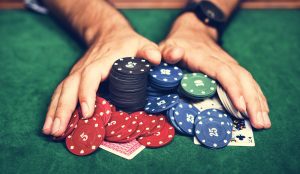 It turns out that when governments muck about with markets there are sometimes unintended consequences.

Earlier this week we reported on a global chip shortage brought about, in part, by unilateral US action designed to prevent Chinese companies getting hold of semiconductors containing American intellectual property. Quite reasonably, Chinese companies such as Huawei them tried to stockpile as many of these chips as they could before the bans came into force. That, in turn, prompted everyone else to stockpile too, in case supply ran out.

And that’s exactly what seems to be happening now, a phenomenon exacerbated by further increased demand on the presumption that we’ll be allowed to leave the house some time this year. With pretty much everything having some kind of chip embedded these days, that’s obviously a problem, one governments are being forced to address.

Reuters reports that the Biden administration is “currently identifying potential chokepoints in the supply chain and actively working alongside key stakeholders in industry and with our trading partners to do more now.” That’s nice, but it’s not clear what they can do, at least in the short term.

It seems one of the main reasons this has become political in the US is not simply because of Biden’s executive order frenzy apparently designed to erase Trump from history, but because it’s starting to hit the bottom lines of some of its biggest companies. Hardest hit seems to be the automotive sector, with GM openly lamenting its declining profits.

This is probably why Europe is starting to sweat too, with Bloomberg reporting EU plans to build an advanced chip fab (presumably in France or Germany). That role was supposed to be fulfilled by GlobalFoundries, but it’s an indictment of how that project has stalled that it’s barely mentioned in the Bloomberg piece.

That the US is being forced to act in this way must be a source of immense schadenfreude for China. In today’s highly globalised economy it’s impossible to control the effects of mucking about with one bit of it. While Biden had to part in imposing the unilateral sanctions, their unintended consequences are now his problem and an early reminder of the limits of rule by executive decree.