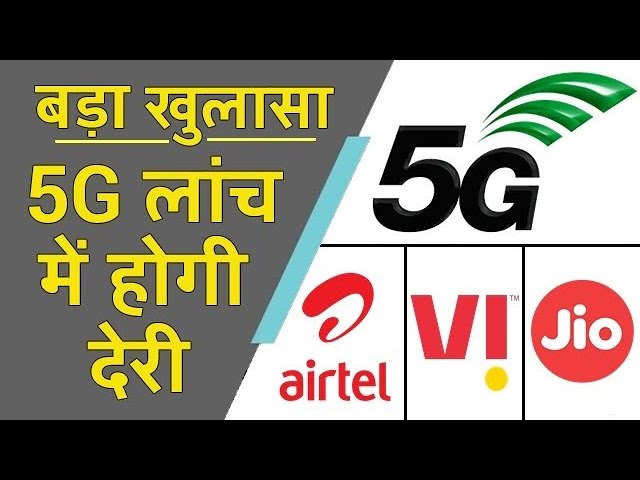 Videos
Big Breaking News On 5G Launch in India.According to a report by the Parliamentary Panel on IT, the next-generation connectivity technology, ‘5G’ will not arrive India any time soon. The report has blamed the ‘poor planning and execution’ by the government to introduce 5G in India. The estimated Rs 54,000 crore, which is expected to be the government’s revenue from the telecom sector in FY22 doesn’t include any proceeds from 5G. The government hasn’t even mapped out a timeline for the 5G spectrum auctions in the country — more details on the story ahead.

The Parliamentary Panel on IT was led by the Congress MP Shashi Tharoor. The panel has said that the government hasn’t done sufficient preparatory work to launch and implement 5G in the country.

However, some government officials close to the matter told Hindustan Times that 5G trials are expected to start soon. Firstly, 5G will be rolled out in the metro cities to test and then be expanded around the country in a phased manner.

The report suggests that 5G will not arrive in India until the end of 2021 or early 2022. Even when it does arrive, the deployment of the technology will be partial. Mukesh Ambani led Reliance Jio has claimed that it will be able to bring 5G to India by the second half of 2021.

Bharti Airtel is also expected to launch its 5G services in the country around the same period. For the unaware, Airtel recently concluded a live 5G test through the airwaves in the 1800 MHz band in Hyderabad. The test results have encouraged the telco to roll-out 5G as soon as the government allows sufficient infrastructure for the technology to be developed in India.

Both Reliance Jio and Bharti Airtel are waiting for the government’s nod to start providing their 5G services.