Telecoms.com periodically invites expert third parties to share their views on the industry’s most pressing issues. In this piece Lars Larsson, CEO of Varnish Software, makes the case for virtual CDNs at the edge of 5G networks.

5G and the possibilities it can bring to businesses and consumers has been hyped for years. The general public has been loosely aware of 5G for some time, however, the launch of new flagship handsets from the consumer technology giants this year has driven 5G hype to new levels.

According to the GSA’s most recent 5G update, more than 95 operators have commercially deployed 5G, with an additional 350+ investing in the technology. There will be over one billion 5G connections by 2023, and almost four billion 5G devices are predicted to ship between 2020 and 2024.

Talk of the initial benefits of 5G has settled around faster browsing and more reliable streaming of higher quality content for more concurrent users. Subscribers have high expectations for next-gen networks, and will expect service providers to deliver experiences in line with those expectations.

But it’s important to remember CSPs also need to deliver on this hype at a time when networks are under record strain. Despite national lockdown measures, networks saw mobile data consumption surge 75% in March from a year earlier and 27% from the prior month. Within that increase, almost 70% of data traffic consisted of video content. The upwards trend in mobile data consumption shows no signs of slowing, even when we haven’t exactly been very ‘mobile’ ourselves.

Telcos must be ready to support this new normal and the content delivery boom, but what are their consumers getting when subscribing to a 5G contract, and how can the operators actually deliver on all the 5G hype around video content delivery?

Current 5G networks are – on the most part – non-standalone (NSA), meaning they rely on the existing 4G core. This means some of the most-hyped 5G use cases like remote surgery or driverless cars are still some while off.

Even so, 5G NSA can still support more devices simultaneously than 4G, and offer even greater bandwidth and reduced latency. This means the initial benefits like UHD streaming can be made a reality. In theory, more people will be able to simultaneously stream video content at a higher quality, like 4K and 8K, but networks must be prepared to handle that additional surge of data.

For example, a single 4K video is between 3-5 times larger than a current HD video. 8K videos are a further 3-5 times larger than 4K video. This means a greater data volume and a quicker rate of consumption, which will put pressure on the viewing experience, particularly during peak times, as each server needs to process at even greater speeds.

Operators know they need to continue meeting the high expectations of consumers as content services become more sought-after, and an even larger and more important revenue stream for them. In order to do that they need to rethink their network architectures, moving caching to the outermost edge of the network.

Virtual CDNs at the edge

With exponential growth in content consumption, CDN providers are increasingly being challenged to deliver more content in higher resolution and with a better user experience, while also reducing their costs. Instead of building capacity for peak demand, a potentially more cost-effective, but certainly more agile approach is to use cloud-native and virtualization technologies to optimize infrastructure and assign resources as needed – particularly when such technologies are built to be compatible with existing virtualization platforms a CSP may have already.

The general rule of thumb when delivering content to users is the closer you are to those users, the quicker you can deliver the content. And the quicker you can deliver the content, the happier your customers will be. With this thinking in mind, we’re now seeing a new breed of virtual content delivery networks (vCDNs), powered by caching technology, that are enabling network operators and streaming platforms to speed up the delivery of your favourite shows, movies and games.

Because telcos own the networks over which content like streaming video traffic is transmitted, this new approach has several advantages over traditional CDNs. These new breed of vCDNs can be integrated tightly with the network and placed at the edge in 5G edge cloud data centres, which are considerably smaller than traditional data centre sites. This means they can often be built in urban areas much closer to where peak traffic volumes are likely to appear. These localised points of presence are still connected to the core network but allow content to be distributed closer to users to improve performance. This not only reduces the bottleneck on the origin server, by spreading the load across multiple locations, but in locating content much closer to the users, the time it takes for those servers to respond to user requests is significantly reduced too, while also reducing backhaul load.

Post-lockdowns, an equally big challenge for next-generation networks will be delivering video to thousands of spectators gathered in a single space, which has proven to be challenging until now. Traditional CDNs aren’t capable of supporting these experiences; it’d be far too costly because of the bandwidth requirments and result in far too much lag because the traditional CDNs are outside of the teleco network or in a central data center. However, this highly elastic, cloud-native vCDN technology can handle high density situations, such as those needed in stadiums and city centers, as well as demand spikes from live sports events, season finales and viral content.

The new vCDN, which is located at the edge, and is part of a telco’s network, will be the only way of delivering these new experiences. Whether deployed in the network edge in virtualised PoPs, in aggregate data centres or between 5G base stations, the vCDN infrastructure can scale on demand. The result is minimized latency, offering sub-millisecond cache response times. This means that any lag or buffering on video content is eradicated.

5G will offer revenue opportunities for telcos, in large part due to the new experiences it’ll offer consumers. These experiences are what will drive demand for devices and connectivity. They’ll be the moments that persuade consumers to up their monthly spend for a 5G data plan and pay extra for a 5G phone.

With 5G rollout accelerating across the globe, and operators faced with growing consumer appetites for high-fidelity video and new experiences like virtual reality, traditional content delivery networks will struggle to match 5G for speed and capacity. As mobile devices come to dominate how content is accessed, and increasing levels of data processing occur at the network edge, the speed and latency of content delivery is more important than ever.

The content delivery boom of 2020 isn’t passing a trend. It’s the future of mobile and, along with 5G, it must be embraced by telcos for the years to come. This means having the CDN and caching technology in place to offer new, better, faster, services to subscribers. And enjoy the business boom that will result. 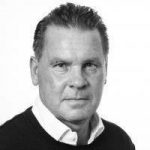 Lars Larsson is the CEO of Varnish Software, a leading digital content delivery company. Lars brings vast experience to Varnish, having previously held executive positions in IT Software and Services companies for the last 20 years. In 2003, Lars co-founded and served as COO for Scandinavian Open Source system integrator Redpill Linpro, from which Varnish Software was formed in 2010. Lars holds a Master of Business Economics and a BA of System Science from University of Karlstad.