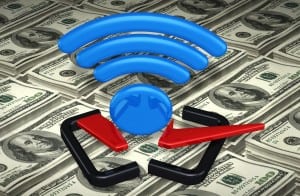 The narrative around what UK operators should do to help the common cause persists, with the BBC writing a story apparently designed to pressure Vodafone.

In a piece headlined ‘Lockdown: Vodafone will not offer free access to BBC Bitesize’, the Beeb laments ‘Vodafone will not offer data-free access to BBC Bitesize during lockdowns in the UK’. It goes on to say that Vodafone had explained it wasn’t technically possible to separate the part of the BBC site devoted to helping kids with their school work from the rest of it, but then contrasts that position with that of BT, which has apparently found a way.

Vodafone General Counsel and External Affairs Director Helen Lamprell was interviewed by the Beeb for the piece. “[Zero-rating educational sites] sounds simple enough to do in theory but there are a number of technical and legal challenges,” she said. “For example, if an education-resource site hosts some of its content on another platform, such as YouTube, as is often the case, we would have to zero-rate the whole of YouTube.” She added that such a thing also raises net neutrality obligations.

The reporter also got a statement from BT: “We recognise that process of zero-rating a site or service, is technically difficult, and potentially costly. However, it’s not impossible and, in certain situations like this, is something we felt was worth exploring as part of our Lockdown Learning package, if only as short term measure.”

There are a few major problems with this story. The first is the headline, which seems designed to position Vodafone as somehow negligent. Also, why doesn’t it mention any of the other UK operators, since only BT seems to be offering the zero rating. And then there’s the matter of net neutrality, which is largely ignored. Does zero-rating in this way, as opposed to prearranged commercial bundling, go against net neutrality?

But the most annoying bit is BT’s virtue-signalling. The quote is clearly designed to imply Vodafone just can’t be bothered. Never one to miss an opportunity for lockdown brownie-points, BT sent out a press release specifically to publicise its decision to zero-rate Oak National Academy and more generally its Lockdown Learning’ support scheme.

It’s great that BT is doing its bit, but why send out press releases about it? Why does anyone except those directly involved need to know? As for the Beeb, it seems to have decided to Rashford Vodafone into doing what it wants. Careful, Vodafone, if you give in to this it’s unlikely to be the last time the technique is used.

LG is out of smartphones but not connectivity
Apple to Pay $3.4 Million Over Programmed iPhone Obsolescence in Chile
Mavenir and Xilinx team up to make an OpenRAN mMIMO portfolio
Why Did LG Eventually Say ‘Goodbye’ to the Smartphone Market?
Editorial Webinar: Learning by doing: Telecom putting 5G, MEC & virtualization to work for itself first