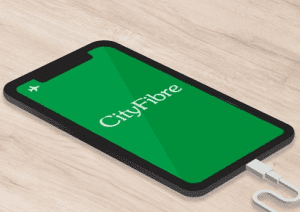 2021 is off to a solid start for UK altnet CityFibre, which has broken ground on its full fibre network project in Reading and signed up another retail ISP customer.

Construction work officially began in Reading’s Norcot and Battle area on Tuesday with the rest of the town to follow at a later date, CityFibre said. The announcement comes less than two months after the operator shared details of its plan to invest £58 million or more in Reading to deploy fibre infrastructure to most of the towns homes and businesses.

CityFibre did not share details of when it expects the network to go live, but took the opportunity to note that when it does, services will be available from “an increasing range of Internet Service Providers (ISPs),” highlighting Giganet in particular.

Hampshire-based Giganet has partnered with CityFibre on a number of its full fibre projects: Portsmouth, Swindon, Plymouth, Crawley and Horsham, as well as Reading. The ISP pitches itself as a cheaper way for consumers to gain access to 1 Gbps broadband, and on Tuesday took the opportunity to attempt to lure customers away from one of the big guns: Virgin Media. The cableco started 2021 by announcing price rises for many of its customers, and Giganet is keen to swoop in and show how its service stacks up…for the 3.5 million customers it is able to reach, that is.

Meanwhile, CityFibre presented its latest new ISP partner in the form of the aptly-named Quickline. The ISP, which already offers superfast broadband to rural communities in Yorkshire and Lincolnshire, will sell services on CityFibre’s infrastructure in Doncaster, Leeds, Huddersfield and Batley & Dewsbury later this year.

“In 2021 we are broadening our footprint, delivering superfast, ultrafast and gigabit capable services in North Yorkshire, West Yorkshire, North Lincolnshire and Lincolnshire,” said Quickline’s commercial director Nick Thompson. “We are broadband specialists and partnering with CityFibre allows us to offer our services in new areas.”

His counterpart at CityFibre, Rob Hamlin, delivered the usual pleasantries about welcoming the new ISP, before talking up his own company’s progress.

“Already we are seeing the pace of our network rollout kick into high gear with mobilisation or building taking place across 67 towns and cities nationwide,” Hamlin said. “By adding more ISPs onto our network, it only fuels us to go faster and meet our ambition of reaching up to 8 million premises by 2025.”

The operator does seem to be moving quickly. In the first couple of weeks of this year it started work on networks in Barnsley, Nottingham and Medway, and announced a planned £62 million investment in Sunderland. That 2025 target looks achievable.