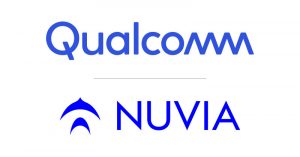 Nuvia was founded by former Apple chip engineers and it’s in legal dispute with one of them, so Apple must be especially delighted it’s being acquired by Qualcomm.

The acquisition of Nuvia by Qualcomm for $1.4 billion is primarily about the US chip giant’s continuing diversification away from the smartphone. One of the main drivers for this strategy is the increasing inclination of smartphone companies to make their own chips instead of buying them from Qualcomm, so it’s fitting that the pioneers of that process for Apple are now joining Qualcomm.

Gerard Williams was Apple’s Chief Architect for chips for nine years before he fancied doing his own thing in early 2019. Nuvia is the resulting company, which focuses on designing power-efficient chips for the server/dater centre space. So in the space of just two years Williams and his co-founders, Manu Gulati and John Bruno, managed to create a billion dollar company from scratch and exit in the middle of a depression. Top effort.

Apple showed its customary good grace and dignity when not getting its own way by suing Williams for leaving in a way it didn’t like. According to TechCrunch that case is still ongoing, so Apple will be delighted that it now has to deal with the same legal team that trounced it so resoundingly at around the time Nuvia was just getting going. You couldn’t make it up.

“CPU performance leadership will be critical in defining and delivering on the next era of computing innovation,” said Williams. “The combination of Nuvia and Qualcomm will bring the industry’s best engineering talent, technology and resources together to create a new class of high-performance computing platforms that set the bar for our industry. We couldn’t be more excited for the opportunities ahead.”

“5G, the convergence of computing and mobile architectures, and the expansion of mobile technologies into other industries are significant opportunities for Qualcomm,” said Cristiano Amon, Qualcomm President and CEO-Elect. “The Nuvia team are proven innovators, and like Qualcomm, have a strong heritage in creating leading technology and products. I am very excited to have them join our team. Together, we are very well positioned to redefine computing and enable our ecosystem of partners to drive innovation and deliver a new class of products and experiences for the 5G era.”

For some reason Qualcomm corralled an army of partners into providing canned quotes expressing approval of the move at the end of its press release. Strangely enough Apple wasn’t among them.