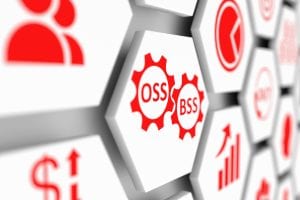 This article is sponsored by Red Hat and Intel

This article provides a summary of the webinar, jointly sponsored by Red Hat and Intel, titled “Realize Your OSS/BSS Modernization Vision Today.” We describe the current movement of OSS/BSS to cloud-native technology running on a hybrid cloud infrastructure and describe how a leading service assurance OSS vendor, MYCOM OSI, differentiates its offering by meeting stringent requirements using Red Hat software in public, private and hybrid cloud environments. This solution for OSS, as well as for BSS and containerized network functions (CNFs), runs optimally on CSP-tuned computing and storage technology by Intel.

OSS/BSS in the Clouds

The open source community is driving cloud-native software technology. It was originally created by the web-scale players for their own use with modern Service Oriented Architecture (SOA), DevOps development methodology, and continuous integration/continuous deployment (CI/CD) implementation techniques. These techniques were embodied in tool sets that they released to the open source community, and represent the current state of the art in software development. Vendors and CSPs have been executing programs with these technologies and have proven them out for telecommunications use cases. They are now quickly moving OSS and BSS systems to the cloud through a combination of re-coding and refactoring. CI/CD is allowing vendors to evolve their software faster than ever before as individual loosely coupled microservices can be separately changed and delivered.

MyTake: Now that it has been proven, cloud-native software is being rapidly deployed in the telecoms industry as CSPs become digital service providers. ACG Research estimates that, today, about 30% of newly deployed OSS and BSS are cloud based. By 2025, that figure will rise to 90%, and most CSPs will have plans for the eventual phase-out of non-cloud-based OSS/BSS. The use of CI/CD has reduced development and deployment times for new and customized features to a matter of weeks, allowing CSPs to rapidly evolve their operations with unprecedented speed.

The MYCOM OSI service assurance platform and applications were developed and widely deployed before cloud-native software technology was generally available. It made the transition to cloud-native      architecture over the last five years through a full rewrite of the entire suite. In doing so, it made good use of telecommunications APIs as defined by TM Forum. 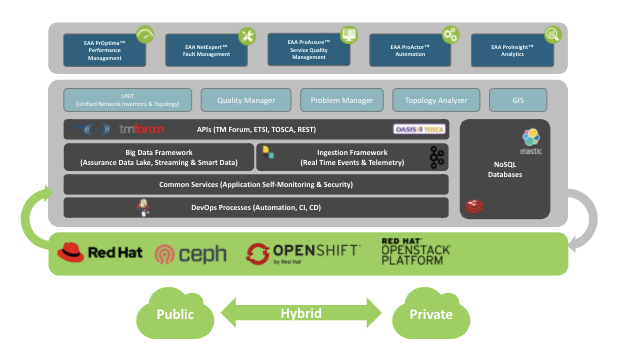 There have been several barriers for moving to cloud-native architectures, implementations, and development and delivery processes, especially for service assurance software:[1]

MyTake: About five years ago, I thought that service assurance systems would be some of the last to move to the cloud. MYCOM-OSI used their 20 years of CSP deployment experience and made a commitment to moving its software to a cloud-based microservices architecture about four years ago. Its transition has been successful:  MYCOM OSI now offers the same software on premises and on public cloud and hybrid clouds, powered by Red Hat OpenShift.

For service providers, OSS and BSS are fundamental and crucial to innovate and compete in quickly changing markets. It is no longer only about billing and operating three or four core services. Now operators are competing in a platform-based economy where innovation is created through partner ecosystems. As digital service providers seek competitive advantage, they need an open and consistent OSS/BSS foundation to build differentiated services with speed, allowing an ecosystem that maximizes choice. Red Hat helps service providers and independent software vendors (ISVs) build and run cloud-native OSS/BSS solutions on premise and on any cloud with higher efficiency and flexibility, with a robust ecosystem to contribute to differentiated services.

MyTake: Red Hat OpenShift represents a major advance in hybrid cloud/multi-cloud software development and deployment. The other components of the Red Hat OSS and BSS technology modernization solution are proven, especially Red Hat Integration and Red Hat Automation products, including the Red Hat Ansible Automation Platform. Red Hat is a major player in the move of OSS, BSS, and NFV software to the cloud.

Although creating cloud-native solutions can be a challenging task, Intel has a history of rising to support similar industry transitions, and has already invested in 5G cloudification and network transformation efforts, in partnership with Red Hat. Intel was the founder and lead contributor to the Data Plane Development Kit, which just experienced its 10-year publishing anniversary, making NFV adoption by CSPs possible. Most recently, Red Hat and Intel released a new Reference Implementation, optimized for cloud-native hybrid/multicloud and built using Red Hat OpenShift Container Platform.  It is designed to let CSPs and the industry ecosystem quickly turn innovations into deployed VNFs/CNFs and transform OSS/BSS systems. This investment in thoroughly verified reference configurations provides a scalable, cost-efficient foundation to achieve deterministic performance for most demanding use cases, as well as to lower design and integration risks.

MyTake: Intel has been putting significant effort into working with its NFV technology partners for several years, including Red Hat. The Intel platforms represent a strong optimized hardware base for high-performance telco cloud deployments. As OSSs and BSSs become even more real time, the ability to run on hardware specialized for high performance with exceptional security will increase.

The movement of CSPs’ OSS and BSS systems to the cloud and cloud-native technology is underway, using software technology and support from companies such as Red Hat and Intel as they make the transition to cloud-native. MYCOM OSI has shown that multi-cloud deployments of service assurance systems are not only possible, but they provide benefits beyond what traditional on-premises solutions offer. Of special note is the system’s ability, powered by Red Hat technology, to dynamically scale the MYCOM OSI system in times of maximum overload from major network events, ensuring excellent real-time performance. The time is now for digital service providers to transition to cloud-native OSS and BSS solutions to stay competitive, innovate and meet increasing customer expectations.

[1] Some of issues were large enough that many analysts expected that service assurance systems would be some of the last OSSs that would migrate to cloud computing. I was one of them. However, the emergence of cloud-native      software technology and the maturation of the cloud computing infrastructure and its management have made the movement of these systems to the cloud not only feasible, but compelling.