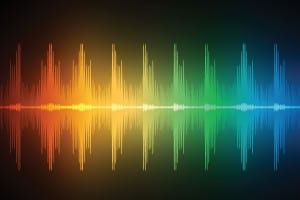 By the final round of bidding of the 3.7GHz spectrum this year, American operators have collectively committed $70 billion. The auction will resume after the new year.

The windfall so far for the Treasury is already way above the estimates made by analysts and investors before the auction started, according to the information gathered by Mike Dano of Light Reading, one of our sister organisations. For example, New Street Research estimated an end total of $51 billion, Morgan Stanley Research’s updated estimate was $35.2 billion, and analysts at Raymond James put the figure at $30 billion. In view of the latest bidding results, Raymond James has just upped their estimate to $75 billion, Dano reported.

The truth is no one knows how far this will continue to go. Even past cases will only provide unreliable benchmarks. The recent auction of CBRS spectrum (in the 3.55-3.65 GHz band) brought in a more modest $4.6 billion (vs. pre-auction estimate of as high as $10 billion), though admittedly the resources available for bids were more limited: only seven so-called Priority Access Licenses (PALs) were granted in each county-based area, each licence coming with an unpaired 10-megahertz block.

What worries the industry observers is the climbing debt incurred from the bidding marathon that will appear on the operators’ balance sheet. It is believed that winning bidders will use of this mid-band primarily for 5G deployment. However 5G has not been positioned as a premium service, and ARPU increase from 5G is negligible, if at all. This turns ROI on 5G investment into a question mark. It is reminiscent of the exorbitant amount the European operators paid to acquire 3G licences at the turn of the century, which has hamstrung their growth since, thanks for 3G’s failure to live up to the hype.

If there is any sign of the beginning of the end, it is the increasing number of “products” (city or county level markets) that have reached equilibrium. Nearly half of them (217 out of 452) are showing Demand = Supply. Phil Kendall, an analyst from the research firm Strategy Analytics, wrote after Round 44 that he saw this as a “good movement”.

US C-Band auction 107 bids now up to $68.3 billion, with one more round to go before we break until 4 Jan. Good movement in number of Partial Economic Areas were demand now equals supply – is an end in sight? https://t.co/f3fYVl9wEE pic.twitter.com/uQu7P8Lcrx