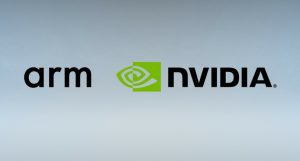 The Federal Trade Commission is asking Nvidia to submit more documents as part of its preparation for the competition investigation into the chipmaker’s $40 billion takeover of Arm.

First reported by The Telegraph (paywall in place), the Federal Trade Commission, America’s competition watchdog, has sent out a so-called “second request” to Nvidia, asking the latter to submit internal documents related to the proposed acquisition of Arm from SoftBank, which was announced in September. Detailed company files and possible interviews with executives will help build a base for the investigation.

As we predicted when the deal was first disclosed, Nvidia will have a number of regulatory hurdles to jump over before the deal can go ahead, if it can go ahead at all. The main concern regulators as well as other Arm licensees that oppose the deal have is that Nvidia, being a licensee itself, may change the way Arm’s licensing business is conducted, which can then put its competitors in an unfair disadvantaged position. Nvidia has always insisted that it would maintain Arm’s current business model. However, if the FTC, or regulators in other major markets, should find the conflict of interest too hard to avoid, the deal could be blocked on competition ground.

FTC is the first competition regulator Nvidia needs to get a greenlight from. It has not filed for approval in other major markets yet. There will be the European Union, the UK (Arm’s domicile), and China (which accounts for one-fifth of its market), among others. Nvidia estimates the regulatory process could last for 18 months.

The approval prospect in China could be particularly tricky, according to an earlier report by the Financial Times. Arm operates in China through a joint-venture. The CEO of the JV and its board have been at loggerheads since June this year when the board voted to remove the CEO, on accusations of conflict of interest. But through shrewd investment arrangements the CEO now controls 17% of the company’s share through four out of six of the company’s share-holding companies. The sticky situation, if not sorted out quickly, could derail the overall acquisition at some point.