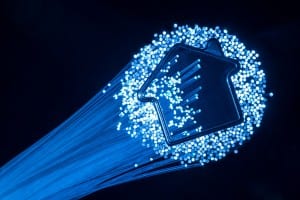 BT’s infrastructure unit Openreach will recruit thousands of engineers next year as it ramps up its full fibre rollout.

It has also revealed that it intends to replace its entire vehicle fleet with electric vehicles (EVs) by 2030.

Under its current plan, the UK incumbent aims to connect 20 million homes and businesses to its full fibre network by the mid-to-late 2020s. It claims to be connecting premises at a rate of 40,000 per week, or one every 15 seconds.

Clearly it takes a lot of people to deliver on a project like this, and to that end, Openreach plans to directly employ 2,500 new engineers, plus a further 2,800 via sub-contractors, during 2021. Salaries for new recruits start at £21,845 per year, rising to up to £28,353 following completion of a 12-month specialist training programme.

“As a major employer and infrastructure builder, we believe Openreach can play a leading role in helping the UK to build back better and greener,” said Openreach CEO Clive Selley, in a statement.

“Our full fibre network build is going faster than ever and we’re now looking for thousands more people to build a career with Openreach and help us upgrade broadband connections and continue improving service levels. We’re also investing in our supply chain, which will support the creation of thousands of jobs based all over the UK,” he said.

“The plans are a huge step forward in our national mission to level up Britain’s digital infrastructure and, alongside the government’s £5 billion investment, will make sure even the hardest-to-reach areas get a lightning fast Gigabit broadband connection,” added digital secretary Oliver Dowden.

Openreach cited figures from think-tank the Centre for Economics and Business Research (Cebr) estimating that nationwide full fibre coverage would give a £59 billion boost to UK productivity by 2025. It is also estimated that it could improve access to employment for nearly 1 million people.

In addition to the hiring spree, Openreach said it also plans to replace its current vehicle fleet with EVs by 2030. The company lays claim to the UK’s second-largest commercial fleet – some 27,000 vehicles – which engineers use to get to cables and cabinets in need of attention.

“We know the network we’re building can deliver a host of green benefits – from consuming less power to enabling more home working and fewer commuting trips,” Selley said. “We’re going to take that a step further, by committing to build and maintain that network using state of the art electric vehicles across our 27,000-strong fleet.”