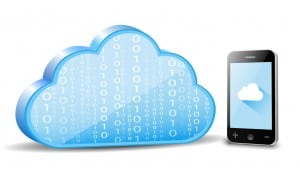 UK MVNO says it has gone ‘all-in’ on Amazon Web Services to power all of its technology infrastructure and application development.

As ever when a company decides to entrust its entire technological fortunes to a third party in the form of a move to the public cloud, a boilerplate list of features and benefits has been employed. “To improve its members’ experience and accelerate innovation and development, Giffgaff is leveraging AWS’s proven scalability, security, agility, and performance.” Leveraging, ugh.

Giffgaff says it’s going to put data at the heart of its business, who’da thought it? Apparently this can only be done by shifting all its databases and applications to servers it rents from someone else. To be fair, AWS does claim to add a lot of value once you make that move and Giffgaff is going to use at least 60 of them, including compute, analytics, storage, databases, containers, and machine learning.

“We started out with a traditional, on-premises infrastructure, but the need for ongoing maintenance made this model overwhelming for our technical team,” said Steve MacDonald, COO and CTO at Giffgaff. “For example, it used to take us up to two weeks to provision a new server.

“When we began to adopt AWS, we were able to turbocharge our development lifecycle by focusing on innovation rather than wasting time on maintenance. It’s such a powerful capability for a digital-native business like ours. The process of constantly evolving our software means that we can always deliver an award-winning service to our members. Our plan now is to extend the use of AWS, and make our members’ voices serve as one of the primary data sources for business decision making.”

Sounds like your team was a bit rubbish, Steve, and if so whose fault was that? The primary justification emerging from the above quote seems to be less about agility, scalability, etc, and more about saving money and outsourcing technical stuff to a more competent third party.

“Giffgaff is demonstrating its ambition to be a data-driven company that can quickly scale and innovate to meet the needs of its members,” said Darren Hardman, GM, UK & Ireland at AWS. “It’s exciting to see how Giffgaff is using cloud technology to transform its business – and the industry – and we look forward to working alongside them as they leverage the breadth and depth of AWS to drive innovation and a compelling customer experience.”

It boggles the mind to think about how much lovely leveraging Giffgaff is going to be able to do now. Of course, now that it’s umbilically dependent on AWS for everything, the latter is free to leverage its prices and terms of business in whatever direction it wants in future. And if Giffgaff doesn’t like the changes, it now has the agility to leverage itself out of business.