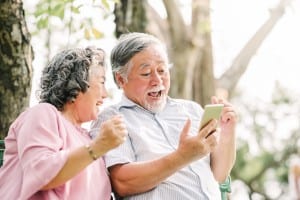 Mobile app tacker App Annie has released its numbers for the year and the headline stat was that total global spend hit $112 Billion, a 25% increase on 2019.

Apple’s iOS still dominates revenues, but Google Play seems to be slowly gaining ground. As you can see from the first chart below, most of the revenue on both, but especially Google, came from gaming. It’s easy to imagine that, during the many failed attempts to stop people catching coronavirus by shutting everything down, people turned to mobile gaming in lieu of going to the pub. 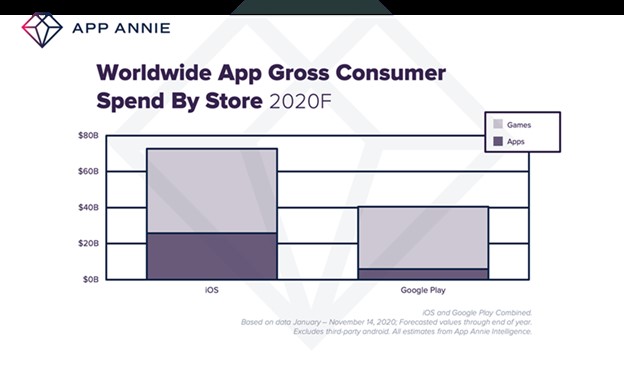 Global downloads only grew by 10%, indicating the app industry has got better at getting cash out of people. In the case of gaming the freemium model appears to be booming, in which a given free game quickly stops being fun unless you start paying for stuff like in-game currency. Google had far more downloads than iOS, as you would expect from its far larger installed base, and the difference in profitability is probably more down to user demographics than any intrinsic superiority of the iOS App Store. 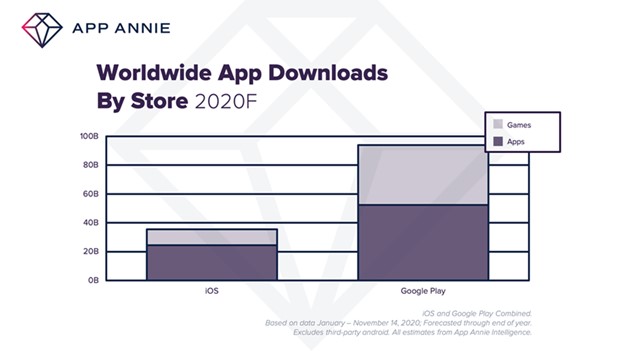 Away from games it was all about productivity, with business and video streaming apps heavily relied on due to the lockdowns. Zoom and Google Meet both made it into the top 10 for the year, having been nowhere near the previous year. Apart from that, the continuing success of TikTok and Tinder shows an undiminished appetite for phone-based superficial human interactions. 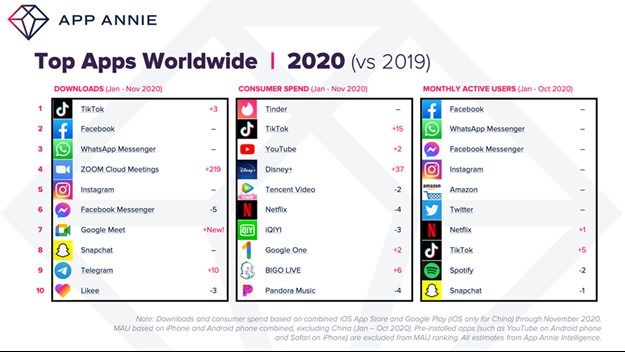