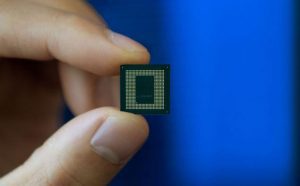 US mobile chip giant Qualcomm has had another of its summits, remotely of course, and the highlight was the launch of the Snapdragon 888 chip.

Any Snapdragon that start with an ‘8’ is the top-end one at a given time. The 888 features a bunch of processor upgrades as well as the latest 5G modem – the X60. As ever with new chips, there’s not a lot to be said about it other than it’s a bit better than the last one. These days Snapdragon SoCs have all sorts of components like image processers and AI engines and much of the Qualcomm release makes lofty claims on their behalf.

“Creating premium experiences takes a relentless focus on innovation,” said Cristiano Amon Qualcomm President. “It takes long term commitment, even in the face of immense uncertainty. It takes an organization that’s focused on tomorrow, to continue to deliver the technologies that redefine premium experiences.”

Qualcomm got a bunch of other companies involved in its Zoom fest, but it has a way of infecting their canned quotes with the same kind of generic, lawyer-corrupted blandness it seems to take such a pride in with its own proclamations, so we’ll spare you. Suffice it to say everyone involved is the leader at whatever they do and is excited by the possibilities offered by 5G.

The Snapdragon 888 will find itself in next year’s flagship smartphone models of the decreasing number of vendors that don’t make their own chips. Among the top ten that leaves mostly Chinese vendors, although it remains to be seen whether Huawei will be among them. Apple won’t be using the 888, but will have to pay for the X60 modem, something it’s clearly still unhappy about.