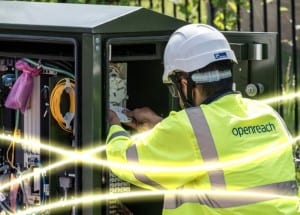 Ofcom is pretty pleased with the progress Openreach has made in separating itself from parent company BT but is still receiving complaints from some altnets.

The UK regulator has published its annual report that monitors Openreach’s independence from BT, something it has been doing since 2017, when the incumbent made a series of voluntary commitments designed to avoid a forced legal separation of its networks business. Coincidentally, the report came out as BT chief executive Philip Jansen told Morgan Stanley’s European Technology, Media and Telecom conference that he might consider offloading a minority stake in Openreach, a business he believes is undervalued by investors, Bloomberg noted.

But back to Ofcom’s report. The headline message is that BT and Openreach are doing well in their efforts, but there is still work to be done, and rivals still have some doubts that everything is above board. It’s important to note that Ofcom insists it has found no evidence to support that last point, but it will keep looking.

The areas in question include pricing, fibre overlap, and duct and pole access. To be more specific, Ofcom said industry stakeholders have raised concerns over the potential for BT to influence Openreach’s pricing decisions; difficulties experienced by some altnets in accessing BT’s poles and ducts when and where needed; and concerns around “coincidences of timing” of Openreach fibre build in areas that overlap with other providers’ footprints.

“While these have been raised as concerns, we have to date not found anything that would suggest that Openreach is not acting in accordance with the Commitments,”Ofcom said, referring to BT’s 2017 independence pledges. “These will continue to be particular areas of focus for our monitoring in the year ahead and we expect Openreach to continue taking steps to engage constructively with industry participants to explore any concerns and to demonstrate appropriate evidence in response.”

While Openreach is bandying about big numbers in its fibre rollout plans – it had built out full fibre to 2.6 million premises by March and aims to hit 20 million by the mid-to-late 2020s – the altnets provide an important…well, alternative; together they have reached an estimated 1.2 million premises according to an INCA Point Topic report from earlier this year.

The competitive nature of the industry means that fibre builders are bound to find themselves competing in the same geographical areas, Ofcom noted. However, it has received complaints from altnets claiming that Openreach’s build decisions may have been based on the misuse of data provided to it under the PIA process; Openreach’s duct and pole access product, is known as physical infrastructure access, or PIA. Essentially, it looks like some altnets claim Openreach is looking at where rival network builders have applied to use its ducts and poles, and targeting its own network build on those locations.

As mentioned above, Ofcom found no evidence of that, but, there is a ‘but’. “It has on some occasions not been straightforward to quickly audit and evidence the validity of Openreach build decisions and we will continue to work with Openreach to ensure they continue to make tangible progress on embedding documentation practices that further transparency, clarity and trust,” the regulator said.

And that’s what it’s all about at the end of the day: trust in the system. It could be that Openreach is making some questionable decisions from a fairness point of view, or perhaps its rivals have a touch of paranoia. Ofcom is looking into it and will report again next year. Neither outcome would be a massive surprise.