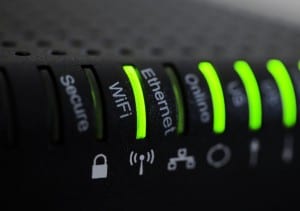 The Federal Communications Commission has set out new rules to repurpose a chunk of the 5.9 GHz spectrum band for wifi.

Commissioner Michael O’Rielly declared himself “extremely pleased – bordering on ecstatic” that the regulator has taken action on a spectrum band that has been underused to date.

“Many, many years ago, Commissioner Rosenworcel and I took up the task to champion these frequencies, as the best opportunity for unlicensed expansion, due to their location next to the current 5 GHz wifi band,” O’Rielly said, in a statement. “After all the obstacles and setbacks we have had to overcome, the vision that I outlined many years ago and for which I took many arrows, and accepted many concessions, is now becoming reality.”

The spectrum in question is 75 MHz in the 5.9 GHz band which was designated for Intelligent Transportation System (ITS) services via a standard known as Dedicated Short-Range Communications (DSRC) over 20 years ago. However, DSRC was not meaningfully deployed, leaving that chunk of spectrum largely unused. Indeed, according to O’Rielly, only 15,000 were ever equipped with DSRC and just 3,000 of those were commercially sold; to provide some context, there are almost 275 million registered vehicles on the road in the US.

O’Rielly, among others, championed a plan to split the spectrum and allocate 45 MHz as an unlicensed block – for technologies like wifi – and 30 MHz as an automobile safety channel.

The FCC has done just that, with the exception that rather than take a technology-neutral approach, it earmarked the upper 30 MHz of the band for Cellular Vehicle-to-Everything (C-V2X) technology. Further, it did not specify that the band can only be used for safety purposes in the auto industry. O’Rielly is miffed about that.

He also has an issue with the fact that the FCC has given current DSRC users a full year to vacate the band rather than the six months he proposed, which, assuming his figures on the number of DSRC vehicles out there are correct, does seem unnecessary.

Nonetheless, the FCC’s decision means more spectrum for wifi and in the current climate, that’s a big deal for US Internet users.

“During the Covid-19 pandemic wifi connectivity has grown in importance as Americans use it for connecting to videoconferencing, telehealth, and other critical applications and services,” the FCC said. “Offloading mobile data traffic to wifi has also helped keep America’s cellular networks from being overwhelmed and will continue to do so in the future.”

The regulator also highlighted the importance of the spectrum’s position next to existing wifi bands, noting that it will facilitate high-throughput channels, up to 160 MHz wide, that will enable gigabit wifi not only for consumers and businesses, but also schools and hospitals.

Better wifi, that’s got to be a good thing.