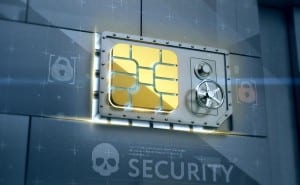 The National Security and Investment Bill seeks to give the UK government to block any mergers and acquisitions it doesn’t like the look of, even in retrospect.

The bill applies to a bunch of sectors deemed to be ‘sensitive’. There doesn’t seem to be any mention of specific countries, but we all know which ones are viewed with automatic suspicion these days. The stated aim of the new law is to strengthen the UK’s ability to investigate and intervene in mergers, acquisitions and other types of deals that could threaten its national security.

“The UK remains one of the most attractive investment destinations in the world and we want to keep it that way,” said Business Secretary Alok Sharma. “But hostile actors should be in no doubt – there is no back door into the UK. This Bill will mean that we can continue to welcome job-creating investment to our shores, while shutting out those who could threaten the safety of the British people.”

The media seems to like this concept shutting the back door, but it’s meaningless. Either a piece of M&A is approved or it’s not. Maybe it’s in reference to a general widening of governmental powers to veto even minor asset purchases it doesn’t like the look of.

As the announcement of the bill says: ‘Examples of possible conditions that could be put on deals posing a risk to national security include altering the amount of shares an investor is allowed to acquire, restricting access to commercial information, or controlling access to certain operational sites or works.’

There’s even the capacity to act up to five years retroactively on deals that weren’t flagged up at the time, but which seem dodgy in hindsight. That won’t apply to deals done before the law comes into effect, however.

The law seems to have China very much in mind. Its belt and road strategy looks increasingly more like one of aggressive economic expansionism and a line does have to be drawn somewhere. The use of nebulous security concerns as a pretext for the government encroaching even further into private sector business is a concern, however and a delicate balance needs to be achieved if we’re not going to scare off foreign direct investment.

Here’s the full list of sectors deemed sensitive, many of which overlap with telecoms.