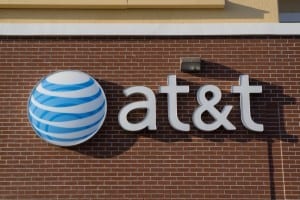 In addition to a four-year stint as head of the telco watchdog, Kennard has also served as the US ambassador to the EU. A lawyer by training, he was also previously managing director of Carlyle Group, where he was in charge of the private equity firm’s telco investments.

He also already sits on AT&T’s board. He joined in 2014, and currently serves on its corporate governance and nominating committee, and the public policy and corporate reputation committee.

Stephenson announced his retirement as chairman and CEO of AT&T in April. COO John Stankey was named the new chief exec and took over in July. However, Stephenson has continued to serve as executive chairman to ensure a smooth transition. That transition will come to an end in January 2021.

“On behalf of the board, I want to thank Randall for his outstanding leadership and countless contributions as chairman. We wish him all the best,” Kennard said. “I look forward to working with our CEO and fellow board member John Stankey and the entire board to continue creating long-term value for all stakeholders – investors, customers, employees and the communities we serve.”

Kennard assumes his new position at a challenging time for AT&T. It is in a tough race against Verizon and T-Mobile to offer the broadest and deepest 5G coverage – made all the more intense now that the latter has begun rolling out 5G on the 2.5-GHz spectrum it acquired as part of its Sprint takeover.

AT&T is also still yet to prove it was worth shelling out all those billions of dollars for DirecTV and Time Warner. We’ve reported extensively on the pressure on AT&T to offload some of its TV assets that is coming from activist shareholder Elliott Management. It is up to Stankey – who oversaw these costly acquisitions – to show that AT&T can hold its own against the likes of Amazon, Disney and Netflix.