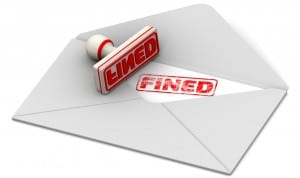 The FCC has slapped T-Mobile US with a $200 million fine for fraudulently collecting millions of dollars in government subsidies designed to help low-income phone customers.

Ouch. It’s the largest ever fixed fine the FCC has ever imposed to settle an investigation, the regulator said. But, given the nature of the infraction, T-Mobile can have no complaints. The fine actually refers to activities carried out by subsidiary Sprint prior to being taken over, but T-Mobile knew about the ongoing investigation when it brokered the merger deal and was doubtless expecting a hefty financial penalty.

In the context of the $26 billion T-Mobile/Sprint transaction, $200 million isn’t a huge amount of money. But it’s hardly small change either.

The sanction stems from Sprint’s failure to comply – to put it mildly – with the rules governing the Lifeline programme, through which it provides affordable phone and broadband services for low-income customers. The scheme permits a telco to collect a state subsidy of $9.25 per month for most customers, but only if they are actually using the service; that is, if have used the service at least once in a 30-day period. That level of subsidy makes the service free for most users. Customers not using the service regularly should be deregistered.

Sprint claimed monthly subsidies for as many as 885,000 subscribers who were not using the service. The FCC did not spell out how much it illicitly collected, but even if it only claimed subsidies for those customers for a couple of months, you’re looking at tens of millions of dollars.

“Lifeline is key to our commitment to bringing digital opportunity to low-income Americans, and it is especially critical that we make the best use of taxpayer dollars for this vital program,” said FCC Chairman Ajit Pai, in a statement. “I’m pleased that we were able to resolve this investigation in a manner that sends a strong message about the importance of complying with rules designed to prevent waste, fraud, and abuse in the Lifeline program.”

For its part, Sprint essentially blamed a software glitch.

In its ruling, the FCC explained that Sprint voluntarily disclosed the non-usage issue in August last year. In that disclosure it noted that “due to a software programming issue, Sprint’s systems failed to detect that over a million Lifeline subscribers nationwide lacked usage over an extended period of time,” leading to it potentially erroneously claiming subsidies.

Given the tangled nature of the telco back office, that’s highly plausible. Nonetheless, it’s a sizeable amount of extra revenue to collect by accident.