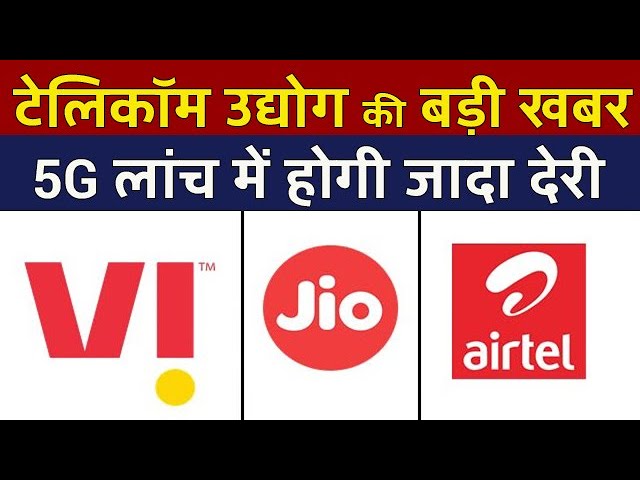 “5G spectrum auctions could be delayed if the government prioritises 4G auctions in 2021 to allow telcos to renew spectrum in 800/900 Mhz bands in certain states,” Fitch said in a note Monday.

The global ratings agency also foresees “limited participation by Bharti and Vodafone Idea (Vi) in the 5G auction, given the high reserve prices (set by the regulator) and limited 5G use cases”.

Last week, Airtel chief executive Gopal said the telco would give 5G airwaves a miss if they are auctioned next year as the current reserve prices set by the sector regulator are unaffordable.

The government plans to hold a 4G airwaves sale in early-2021, which may be followed by a sale of 5G airwaves later in the year, but is yet to clear the air on the timing of the 5G spectrum sale or the bands on offer.

Fitch also expects Reliance Jio and Bharti Airtel to gain revenue share at the expense of loss-making Vi, and to jointly dominate 75%- 80% of the telecom market, from around 70% now.

Analysts note that though Vi executed well on the cost-cutting front in the just-ended September quarter, its heavy subscriber losses – 8 million in the fiscal second quarter — continue to erode revenues and hurt profitability. The telco’s user base in the quarter ended September was down at 271 million from around 408 million at the time of the merger in August 2018.

Fitch estimates Vi’s net leverage is likely to deteriorate substantially as a result of the Supreme Court’s verdict requiring the telco to pay its AGR dues of $8.9 billion. “Its cash balance at end-June 2020 of $470 million already falls below its short-term debt maturities and guarantees of $3.6 billion,” the global ratings agency said.

By contrast, Fitch expects Bharti and Jio’s revenues to rise by around 10%-15%, following strong growth expectations in 2020 of over 30%. “Ebitda margins may widen by 100-200 basis points (bps) to 37% and 44% for Bharti and Jio, respectively, on higher wireless tariffs and fixed-broadband expansion,” it added.

The ratings agency also estimates “Airtel’s (funds from operation FFO) net leverage to be around 2.2x-2.4x,” below the downgrade trigger of 2.5x, supported by sustained higher wireless tariffs amid easing price competition.

Though Vi narrowed net loss to Rs 7,203.4 crore in the September quarter, its continued subscriber losses hit revenue growth and the telco yet again flagged risks around its viability.