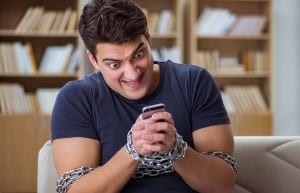 UK telecoms regulator Ofcom has finally banned the practice of preventing people using their phones as they want by locking them to an operator.

While Ofcom should be applauded for this move, it was long overdue. It has always been ridiculous for operators to restrict how people can use their own property. The total cost of ownership of a subsidised handset that comes with a postpaid mobile phone contract is already far greater than if you had bought it on the open market. To then have to go to the extra hassle and expense of unlocking it, just to put a different SIM in it, adds insult to injury.

To their credit, O2 and Three no longer indulge in what was once standard UK industry practice, but EE and Vodafone have persisted. Now, as part of its ongoing drive to make switching easier, and also in order to align with European rules on this sort of thing, Ofcom is forcing them to do the decent thing by taking the option out of their hands.

“We know that lots of people can be put off from switching because their handset is locked,” said Selina Chadha, Ofcom’s Connectivity Director. “So we’re banning mobile companies from selling locked phones, which will save people time, money and effort – and help them unlock better deals.”

Ofcom research found a third of people who decided not to switch at the end of their contracts cited the unlocking hassle as a reason. Since that’s the only reason operators do it, the only surprise is that the proportion isn’t higher. While Ofcom should be commended for this move, you have to wonder why it didn’t do so years ago, since it is so clearly in the public interest. Furthermore, the new rules don’t even come into force until December 2021.