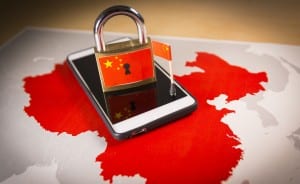 Sweden has named the telcos that will participate in its 5G spectrum auction, but the real headline-grabber is that it has also barred Huawei and ZTE from supplying the winners with equipment.

The Swedish Post and Telecom Authority (PTS) on Tuesday said that telcos will not be permitted to procure equipment from Huawei and ZTE for use in networks rolled out in the 2.3 GHz and 3.5 GHz bands. Further, if licence winners seek to use any of their existing infrastructure in those network deployments, products already supplied by Huawei and ZTE must be phased out by 1 January 2025 at the latest.

The exclusion of the Chinese vendors – and it’s important to note here that the PTS named Huawei and ZTE specifically, rather than issuing a blanket ban on Chinese suppliers – applies to infrastructure used for central functions, including functions in the radio access network, the transmission network and the core, as well as service and maintenance functions.

The decision is prompted by national security concerns and comes following assessments by the Swedish Armed Forces and the Swedish Security Service, as required by new rules enacted at the start of this year, the regulator said. Its conditions call for all licence winners to take all necessary steps to ensure their infrastructure does not compromise the country’s security. This includes insourcing all staff and operations in foreign countries back to Sweden by the start of 2025.

The spectrum auction was due to take place earlier this year, but was pushed back to allow the security reviews to take place. It will now begin on 10 November, with the 3.5 GHz band first on the block.

Sweden’s major telcos appear to have been prepared for a no-Huawei 5G scenario.

Telia launched an early 5G service in the 700 MHz band this summer, using equipment from domestic vendor Ericsson. In addition, its Norwegian operation selected Ericsson as its sole RAN vendor for 5G at the back end of last year, although that decision was likely made for business rather than political reasons though, given that Norway has not followed the now increasing number of countries in banning equipment from China.

Telia is one of the four players to have qualified to bid in next month’s spectrum sale. It will be joined by fellow mobile network operators Net4Mobility – a joint venture between Telenor and Tele2 – and Hi3G Access, or 3 Sweden, as well as terrestrial broadcaster Teracom.

It was big news just over a decade ago when Net4Mobility shunned Ericsson in favour of Huawei for its LTE network rollout. It could now be payback time for the Swedish vendor. Well, they do say revenge is a dish best served cold.