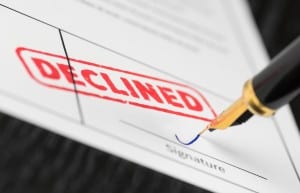 Cogeco’s major shareholder has issued a definitive refusal to the latest takeover bid from Altice USA and Rogers Communications.

The Audet family, whose Gestion Audem holding company claims 69% of Canadian broadband operator Cogeco’s voting rights, has made its position clear: it will not sell out of the telco and it will not discuss the matter further.

“As we did on September 2nd, 2020, following the announcement of their first unsolicited proposal, members of the Audet family unanimously reject this further proposal,” said Louis Audet, President of Gestion Audem, in a statement on Sunday, referring to a couple of unsolicited offers from Altice USA and fellow Canadian operator Rogers over the past six weeks or so.

“Since this is apparently not registering with Rogers and Altice, we repeat today that this is not a negotiating strategy, but a definitive refusal. We are not interested in selling our shares,” Audet said.

When it published details of its latest offer at the weekend, Altice noted that it would like to reach agreement with Cogeco, or at least have a deal in its sights, within a month. “We encourage the Cogeco boards to act in the best interest of all shareholders and stakeholders as they thoughtfully consider this offer, and we respectfully request that the boards engage with us to discuss our proposal,” Dexter Goei, chief executive of Altice USA, said.

Altice’s new offer came in at C$11.1 billion (US$8.4 billion), an increase of close to C$1 billion on its initial bid, tabled in early September, for all of Cogeco’s shares, including those already held by Rogers. As previously, the structure of the proposed deal would have seen Rogers take control of Cogeco, leaving Altice with the Canadian firm’s US operation Atlantic Broadband; the overall deal value includes C$5.1 billion (US$3.9 billion) to be paid by Altice USA for the US assets.

The new bid also included C$900 million (US$682 million) destined for the Audet family for their ownership interests, up from C$800 million in the first offer.

But it seems the extra cash makes little difference to the Audet family, who were also unmoved by Rogers’ attempt to sweeten the deal earlier this month, with a pledge to invest C$3 billion in Quebec, Cogeco’s home market, provided the transaction went ahead. Roger’s investment plans for a market in which it operates mobile services are its own affair, the company essentially said.

But it couldn’t resist a little dig at Rogers and its desire to take control of Cogeco’s Canadian business.

“Rogers has freely chosen to accumulate shares in the Corporations with full knowledge of the implications. The Audet family regrets that Rogers’ capital allocation decision is causing the Rogers family and Board such anguish,” said Audet, in Sunday’s statement.