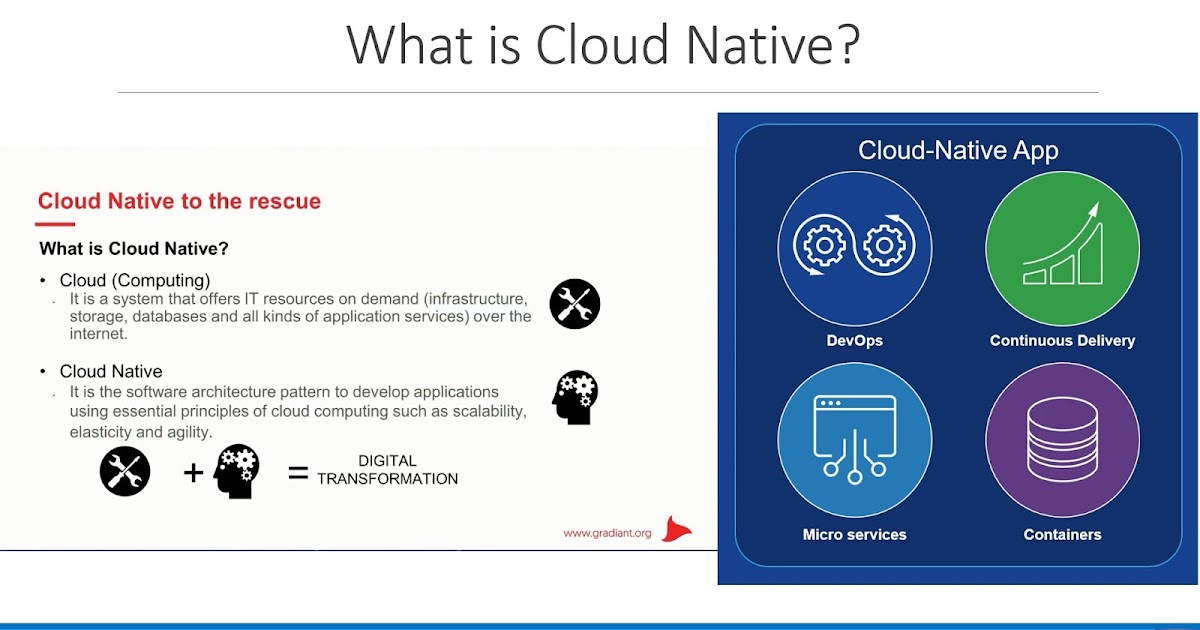 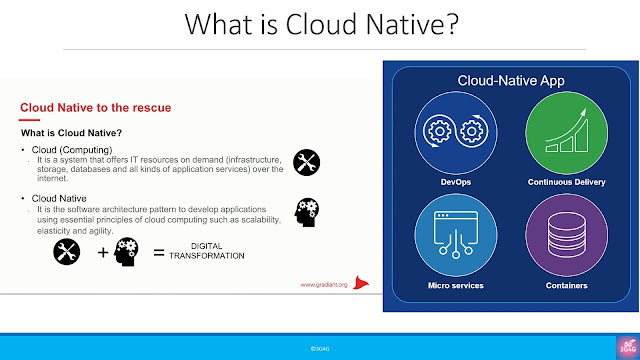 Cloud native is talked about so often that it is assumed everyone knows what is means. Before going any further, here is a short introductory tutorial here and video by my Parallel Wireless colleague, Amit Ghadge.

If instead you prefer a more detailed cloud native tutorial, here is another one from Award Solutions. 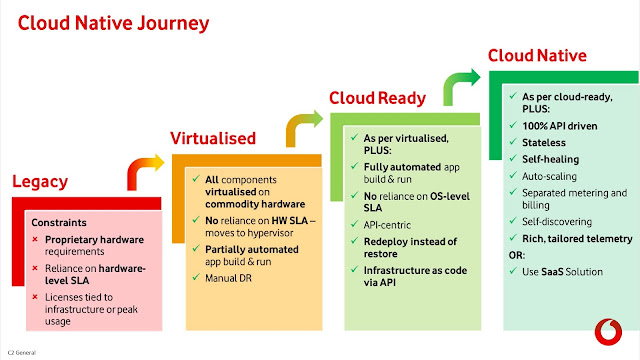 Roz Roseboro, a former Heavy Reading analyst who covered the telecom market for nearly 20 years and currently a Consulting Analyst at Light Reading wrote a fantastic summary of that talk here. The talk is embedded below and selective extracts from the Light Reading article as follows:

While vendors were able to deliver some cloud-native applications, there were still problems ensuring interoperability at the application level. This means new integrations were required, and that sent opex skyrocketing.

I was heartened to see that Newman acknowledged that there is a difference between “cloud-ready” and “cloud-native.” In the early days, many assumed that if a function was virtualized and could be managed using OpenStack, that the journey was over.

However, it soon became clear that disaggregating those functions into containerized microservices would be critical for CSPs to deploy functions rapidly and automate management and achieve the scalability, flexibility and, most importantly, agility that the cloud promised. Newman said as much, remarking that the jump from virtualized to cloud-native was too big a jump for hardware and software vendors to make.

The process of re-architecting VNFs to containerize them and make them cloud-native is non-trivial, and traditional VNF suppliers have not done so at the pace CSPs would like to see. I reference here my standard chicken and egg analogy: Suppliers will not go through the cost and effort to re-architect their software if there are no networks upon which to deploy them. Likewise, CSPs will not go through the cost and effort to deploy new cloud networks if there is no software ready to run on them. Of course, some newer entrants like Rakuten have been able to be cloud-native out of the gate, demonstrating that the promise can be realized, in the right circumstances.

Newman also discussed the integration challenges – which are not unique to telecom, of course, but loom even larger in their complex, multivendor environments. During my time as a cloud infrastructure analyst, in survey after survey, when asked what the most significant barrier to faster adoption of cloud-native architectures, CSPs consistently ranked integration as the most significant.

Newman spent a little time discussing the work of the Common NFVi Telco Taskforce (CNTT), which is charged with developing a handful of reference architectures that suppliers can then design to which will presumably help mitigate many of these integration challenges, not to mention VNF/CNF life cycle management (LCM) and ongoing operations.

Vodafone requires that all new software be cloud-native – calling it the “Cloud Native Golden Rule.” This does not come as a surprise, as many CSPs have similar strategies. What did come as a bit of a surprise, was the notion that software-as-a-service (SaaS) is seen as a viable alternative for consuming telco functions. While the vendor with the SaaS offering may not itself be cloud-native (for example, it could still have hardware dependencies), from Vodafone’s point of view, it ends up performing as such, given the lower operational and maintenance costs and flexibility of a SaaS consumption model.

If you have some other fantastic links, videos, resources on this topic, feel free to add in the comments.