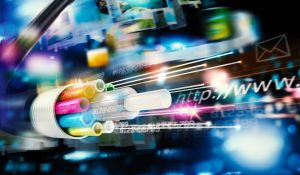 Deutsche Telekom has pledged to accelerate its fibre rollout after reaching a wholesale FTTH deal with rival Telefónica.

The two telcos have extended and expanded a partnership dating back to 2013 that lets Telefónica buy VDSL lines from Deutsche Telekom. That agreement has been renewed for a further 10 years, and now also includes FTTH lines. It applies to the whole of Germany.

This is a big deal for Telefónica Germany, which is one of the country’s smaller players when it comes to fixed broadband. It ended 2019 with 3.9 million DSL customers, of which 1.7 million were VDSL customers. By comparison, Deutsche Telekom ended last year with 13.7 million retail broadband subscribers. By piggy-backing on Deutsche Telekom’s fibre network, Telefónica has established a quick and easy route into the growing ultrafast broadband market.

“The long-term cooperation with Deutsche Telekom gives us planning security,” said Markus Haas, CEO of Telefónica Germany, in a statement. “In future, we will be able to offer our O2 customers access to the fibre optic network, especially in large cities. On this basis we can offer our customers first-class convergent products.”

As for Deutsche Telekom, it said the money earned from this deal will go towards much-needed FTTH coverage expansion. As things stand, its legacy VDSL network reaches 33 million premises, while its FTTH network only covers 1.8 million.

“Deutsche Telekom stands for open networks and cooperation. And we are emphasising this with this wide-reaching cooperation agreement. This contract will secure the utilisation of our broadband network. And we will receive financial resources that we will re-invest in our networks,” said Dirk Wössner, CEO of Deutsche Telekom’s domestic unit.

The revenue boost might even help Germany to claw its way up the European fibre league table.

According to the most recent figures from the FTTH Council Europe, Germany ranks fourth from last, with just 3.3 percent of households subscribing to a FTTH/B service. Only one other EU5 market – the UK (2.8 percent) – ranks lower. In Italy, FTTH/B uptake is at 4.1 percent, but the fibre market has since kicked into overdrive thanks to TIM’s and Open Fiber’s efforts. Meanwhile, France and Spain are way out in front with uptake of 25.6 percent and 54.3 percent respectively.