Thanks to the coronavirus pandemic, a lot more people are too skint to fork out for a flagship smartphone.

As a result, devices in the $100-$400 price bracket dominated global shipments in the second quarter, a trend that is expected to continue in 2021.

“In the long term, IDC expects the fastest growth will be in the $400-$600 price band as 5G sales grow and the average selling price (ASP) for 5G phones drops to $465 in 2024,” predicted Nabila Popal, research director for IDC Worldwide Mobile Device Trackers. 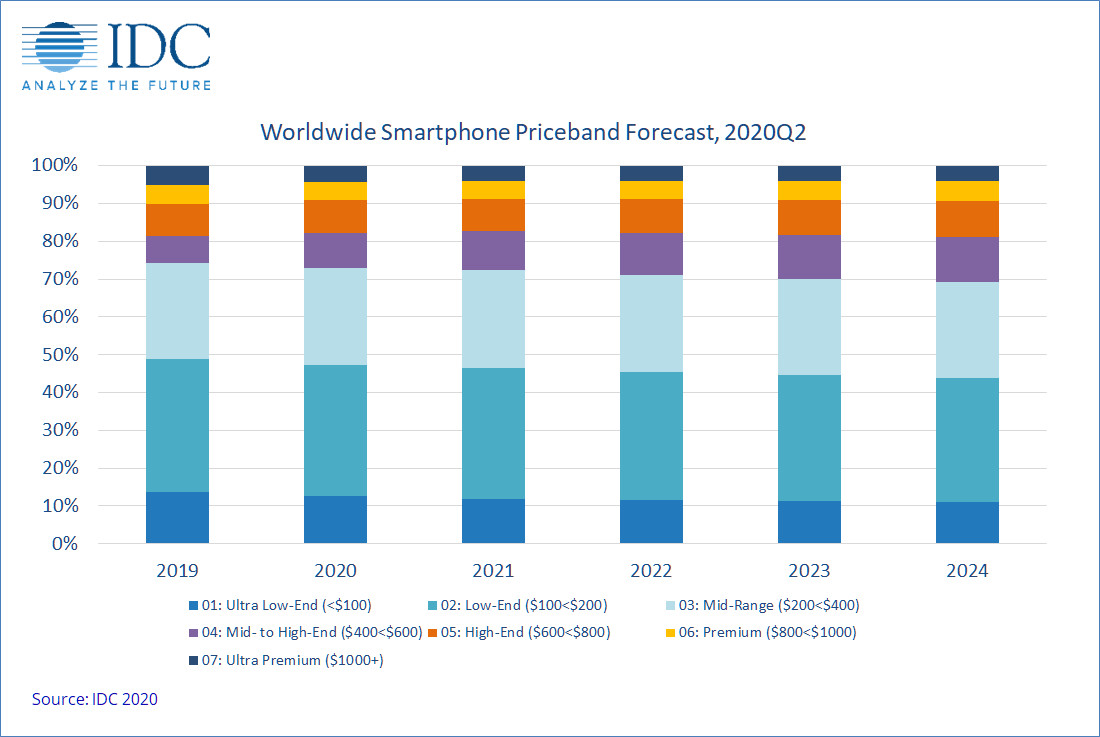 Despite the hype around flagships, most major OEMs have devices at these mid-range price points. Samsung and Huawei play in pretty much every market segment, while the likes of Xiaomi, Oppo and Vivo tend to be more targeted at the mid-range.

Apple – which used to focus almost exclusively on flagships, relying on its back catalogue to hoover up more budget-conscious buyers – might well see a larger proportion of customers opting for its high-performing, reasonably-priced iPhone SE. Furthermore, although there were no new iPhones unveiled this week, rumour has it that Apple has another wallet-friendly smartphone, dubbed the iPhone XE, in the works.

However, the trend towards mid-range devices could spell trouble for the fledgling foldable smartphone segment.

A lot of pundits were impressed with the updated, 5G edition of the foldable Motorola Razr, especially when it was revealed that it would cost less than its predecessor. However, the price tag is still $1,400. Samsung’s Galaxy Z Fold 2 was well-received for not being the complete disaster that was the original Galaxy Fold. It costs around $2,000.

Samsung and Motorola are unlikely to be expecting huge sales volume with these devices. However, given the higher production cost that goes with them, and in light of the direction in which the market seems to be heading, vendors might put some of their more cutting-edge designs on ice. It would be a shame, because foldable screens have been the first genuinely-interesting development in smartphone design for more than a decade.

Meanwhile, fans of the candy-bar smartphone will in all likelihood be spoiled for choice next year.