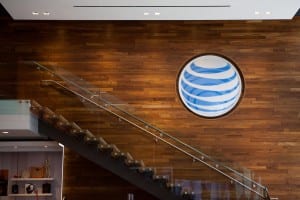 AT&T is mulling the launch of mobile phone services that are subsidised by advertising, according to reports.

The US operator’s chief executive told Reuters that it could offer customers small discounts on their phone bills in return for viewing advertising in the next year or two. “I believe there’s a segment of our customer base where given a choice, they would take some load of advertising for a $5 or $10 reduction in their mobile bill,” the newswire quoted Stankey as saying.

You could be forgiven for immediately thinking ‘that won’t work’. AT&T is far from the first to suggest such a move; there have been many such attempts in the global mobile industry over the past ten years or so, and the success rate is not high. The most famous this side of the pond was ad-funded mobile service Blyk, which launched in 2007, offering young people free voice minutes and messages in return for receiving adverts, but shut down two years later and reinvented itself as an ad platform, partnering with Orange and others. (Take a trip down Telecoms.com’s memory lane here.)

Blyk may have been one of the first, but it certainly wasn’t the last to try the advertising model. Many others have come and gone, or faded into obscurity, in the UK, the US and elsewhere since 2009. But is has become – perhaps unfairly; its subscription and advertising response figures looked decent – the poster child for the ‘ad-funded mobile services don’t work’ school of thought.

A lot has changed in the mobile industry over the past decade; data consumption is now through the roof, to give one example. And this could actually be a good time to look again at subsidising services through advertising, particularly in a market like the US, where prices are high. With a global recession looming, it could be that AT&T has chosen the right moment to look at this model, in anticipation of many potential customers becoming much more price-sensitive.

Indeed, it’s worth noting that arch-rival Verizon is making a new play for the prepaid space with the acquisition of Tracfone, announced earlier this week. While the Covid-19 pandemic has highlighted the important of communications technology, that is not to say that consumers won’t look to save a buck or two on their bills in the coming few years.

Of course, there are doubtless other drivers for AT&T. To say the telco has spent big on M&A in recent years would be a massive understatement, picking up content and media businesses, as well as advertising assets. It has merged many of those assets into its Xandr unit, which operates across the digital, TV and film spaces, although there are reports that that business could now be up for sale as part of a debt-reduction exercise.

That said, advertising is a key element of the telco’s broader strategy. As the Reuters report points out, AT&T is planning to roll out an advertising-backed version of its HBO Max video streaming service next year. Stankey described that as a foundational element of AT&T’s plan that will provide new ad inventory and will be linked to the new ad-funded mobile phone plans. AT&T is aiming for a highly targeted style of ad delivery that will track users across multiple devices, the CEO explained.

We’re clearly looking at something more sophisticated than watching a static ad for fast food pop up on your home screen before you’re able to ring your mum.