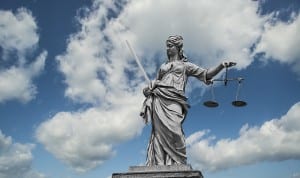 The Court of Justice of the EU has made what is widely considered to be a precedent-setting ruling on net neutrality, but it doesn’t make much sense.

The matter at hand concerns Telenor Hungary, which offers a couple of zero-rated packages – i.e. services that allow potentially unlimited data use at no extra cost. The court has taken a look at the packages to see if the principle of net neutrality has been broken by this zero-rating process. In other words, is the zero-rated traffic being prioritised over regular traffic?

Here’s the scene-setting paragraph from the CJEU: ‘The Telenor company, which is established in Hungary, provides internet access services in particular. The services offered to its customers include two packages with preferential access (known as ‘zero tariff’), and the specific feature of those packages is that the data traffic generated by certain specific applications and services does not count towards the consumption of the data volume purchased by customers.

There then follows a bunch of legal mumbo-jumbo, but the long and short of it is that the court seems to reckon that by offering the zero-rated packages, Telenor Hungary is necessarily worsening the quality of internet service to all other punters. But its own summary doesn’t support that conclusion.

There is no suggestion that, while subscribers are still within their data allowance, there is any traffic prioritisation in favour of the zero-rated stuff. So if there’s an issue there, it’s a billing one, not a net neutrality one. The problem the court seems to have is with Telenor continuing to provide the zero-rated service even after the subscriber has run out of data allowance, but that too has nothing to do with net neutrality.

The concept of a metered service being cut off when it’s not longer being paid for is utterly uncontentious. What happens elsewhere after a subscriber stops paying their bills is irrelevant and the subscriber is free to remedy the situation any time they want by simply handing some more cash over.

Now, we could have misunderstood the court’s judgment, so feel free to take a look at it yourself. But if it’s saying either choosing to charge some customers less for the same service, or offering a choice between metered and unmetered tariffs breaches the principles of net neutrality, then it doesn’t understand what net neutrality is.