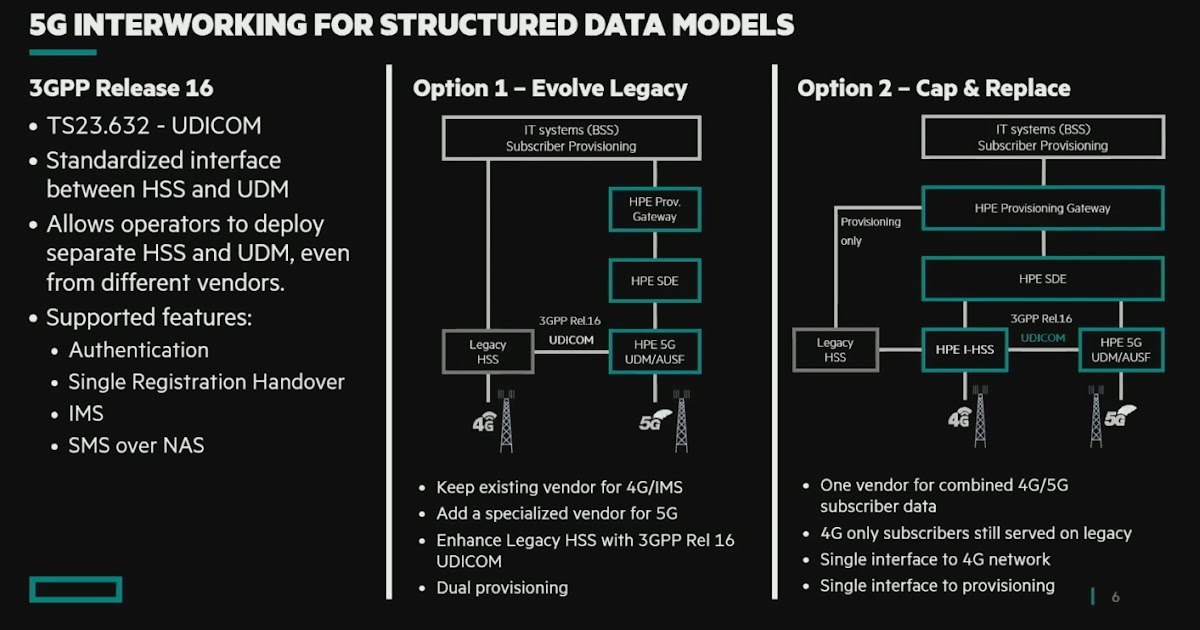 About 5G
Back in 2012, we were talking about migration from HLR to HSS. Now we are discussing how to interface HSS to the UDM (Unified Data Management in 5G Core). 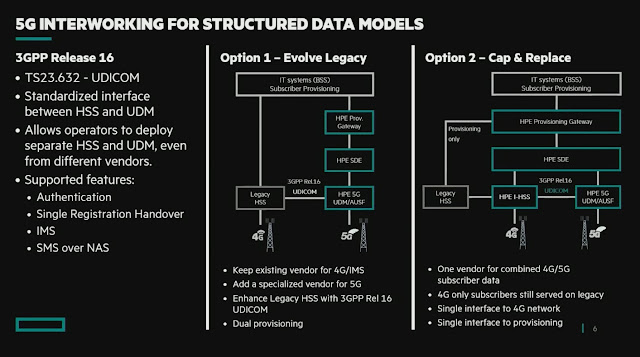 In the recent 5G World event, Richard Band, Head of 5G Core, HPE talked about 4G to 5G transition planning. During the talk he mentioned about UDICOM, which is the Standardised new interface between HSS and UDM as defined in 3GPP TS 23.632.

UDICOM allows operators to deploy separate HSS and UDM, even from different vendors. Supported features include:

I am not going in more details here but anyone wanting to learn more about the interface should start with 3GPP TS 23.632.

Finally, this talk from HP Enterprise below provides more details of UDICOM.