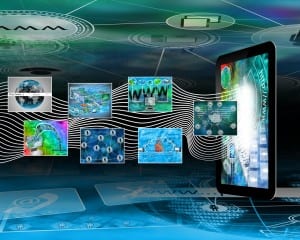 Consumers in South Korea could soon end up paying twice to watch Netflix thanks a proposed new law.

The Korea Herald reported that the government has detailed its plan to require online service providers to share with telcos the burden of delivering the data generated by their services.

Judging by the report though, the wording to the revised Telecommunications Business Act is spectacularly vague, all but guaranteeing that powerful online players like Google, Facebook and the aforementioned Netflix will throw lawyers at the problem to try and make it go away.

For instance, under the regulations, OTT players will be required to ensure they have the server capacity and network connectivity to mitigate sudden spikes in traffic. It appears that this bit of the law includes the option of forcing them to negotiate arrangements with telcos that are effectively guaranteed quality of service agreements. It doesn’t seem obvious though what thresholds there are for sudden spikes and what constitutes sufficient mitigation.

The revisions are due to come into force from the end of this year and will apply to any OTT that accounts for more than 1 percent of Korea’s domestic Internet traffic and averages 1 million daily users over a three-month period.

All the big guns like those mentioned above, plus local players like Naver and Kakao, are therefore expected to be affected.

The updated law – dubbed the ‘Netflix law’ – was introduced by the Ministry of Science and ICT and was passed by Korea’s National Assembly in May following well-worn complaints from telcos that foreign OTTs were getting a free ride on their networks. It seems that the telcos became more vocal after lockdown measures resulting from coronavirus led to a surge in video-streaming traffic.

According to the Korea Herald report, once in force, it is expected to cause all manner of conflicts between online service providers and local ISPs.

Ultimately, consumers could be the ones who lose out, since the likes of Netflix could end up passing onto them the cost of delivering their services. That would amount to consumers paying twice to access the same service, since they already pay for broadband.