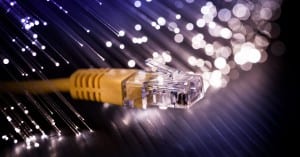 Altice USA was prepared to drop US$3.6 billion to extend its footprint in the eastern US, but Canada’s Cogeco declined to sell it the assets it sought.

The expansionist cable operator spotted an opportunity to acquire Atlantic Broadband, which, as its name suggests, serves customers on the eastern seaboard of the US and whose coverage area is in many places adjacent to its own. The deal would have added the country’s ninth largest cable operator and its 1 million-plus customers to Altice’s stable, which currently houses Suddenlink and Optimum, the established cablecos Altice picked up a few years ago for around $27 billion, and regional player Service Electric Cable T.V. of New Jersey.

That last deal, a $150 million transaction that closed in July, served to indicate that Altice’s North American spending spree was perhaps not at an end.

Indeed, to further its ambitions, Altice USA teamed up with Canadian cable, mobile and media company, and existing Cogeco shareholder, Rogers Communications. The pair offered C$10.3 billion (US$7.8 billion) in cash for Cogeco, which offers high-speed broadband services in Canada and owns Atlantic Broadband in the US. Under the terms of the deal, Rogers would end up as sole owner of Cogeco, paying C$5.5 billion, while Altice would shell out C$4.8 billion (US$3.6 billion) for the firm’s US assets.

Dexter Goei, Chief Executive Officer of Altice USA, described the bid, unsolicited as it was, as a “very attractive offer for Cogeco.” Although his prime concern was, of course, the benefits for Altice.

There was a similar comment from Rogers Communications CEO Joe Natale. “Rogers is excited about the opportunity to expand its breadth of industry leading technologies and products to an additional 1.8 million homes and businesses,” he said, having also talked up the “meaningful offer” on the table. Not meaningful enough, it seems.

No sooner had the proposed transaction hit the newswires than Cogeco’s major shareholder Gestion Audem, holding company for the Audet family, announced it would not support the deal.

“The family takes pride in its stewardship role in both companies, offering high-quality services to its customers, enriching the communities in which they operate and creating superior returns for shareholders through sound growth strategies,” said Louis Audet, president of Gestion Audem. ‘Both companies’ refers to Cogeco – Gestion Audem holds 69% of Cogeco’s voting rights – and its Cogeco Communications operating subsidiary, in which it controls 82.9% of all voting rights.

And as for Altice, well, it’s never safe to say that it has put its wallet away. It described the proposed Cogeco deal as being “in line with Altice USA’s previously stated objective to opportunistically grow through value-accretive acquisitions.”

It would be unwise to bet against another similar deal being in the pipeline. Furthermore, Altice and Rogers have not yet wholly given up on Cogeco.

“We strongly believe that we presented a very attractive offer – one that would reward all Cogeco shareholders with a significant premium – and we stand by that offer,” they said in a joint statement on Thursday. “We remain committed to pursuing this transaction and are open to engaging with shareholders and the boards in a constructive dialogue.”