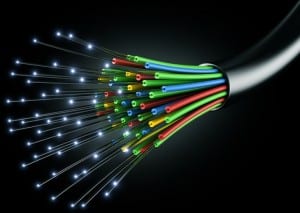 SGCC covers 88 percent of the Chinese mainland, supplying power to more than 1.1 billion people across 26 provinces. The Nokia agreement will see the Finnish vendor supply its WaveFabric optical kit to connect offices and power stations in no fewer than 12 of those provinces. Two of those provinces – Hebei and Hunan – will be greenfield deployments, while the other 10 are expansions of existing infrastructure.

The network will support both critical and non-critical services, such as enabling SGCC to provide assistance and support for businesses, and multi-media services. Nokia’s equipment will also be used to provide backbone connectivity for power stations and substations located along electrical power transmission lines.

“Reliable and resilient networks will allow for real-time decision making and enhance operational productivity, which is key in an industry where outage management is a top priority and concern,” Nokia said, in a statement.

This deal expands on an earlier one struck by Nokia in May 2018 for the supply of optical gear to SGCC’s operations in Beijing and Tianjin. That deal followed the successful rollout of a Nokia optical network at an SGCC plant in Jibei.

“This expanded partnership with State Grid Corporation of China is a milestone for Nokia’s optical portfolio,” said Markus Borchert, president of Nokia Greater China, in a statement. “Data-driven insights are key to SGCC’s overall digital transformation as it looks to deliver safe, reliable electricity for more than 1 billion people. We are proud to be playing a major role in developing this highly reliable transport network that will evolve how critical and non-critical grid communications are delivered.”

This string of deals has gone some way to ease concerns about Nokia’s Chinese operation. Doubts were raised earlier this year about its long-term future in China after it failed to win any major 5G RAN tenders from China Mobile, which unsurprisingly opted to award the vast majority of its contracts to domestic players Huawei and ZTE, giving a few scraps of business to Ericsson.

The development prompted Borchert to write an open letter apologising for his company’s poor performance. The situation was compounded by rumours that Nokia was considering asset sales, or might even become the subject of a hostile takeover, due to its lacklustre share price.

As disappointing as the RAN side of Nokia’s China business has been this year, the recent string of networking deals with SGCC, Tencent and Baidu highlights the vital importance of Nokia’s fixed-networking assets, which were acquired when it took over Alcatel-Lucent. Without these, the sting of being left out in the cold by the likes of China Mobile would have been much, much worse.