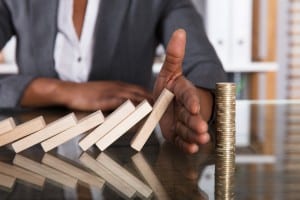 It looks like Google will be increasing the cost of its ads by exactly the rate of a new digital sales tax in the European countries imposing it.

The news comes courtesy of the FT, which reports that ‘The company told customers that from November it will charge an additional fee for adverts served in the UK, Turkey and Austria, which explicitly covers the extra regulatory costs in those countries.’ The UK has gone for a 2% rate, but Austria went large with 5%, and Google has increased its prices by exactly that rate in those countries.

“Typically, these kinds of cost increases are borne by customers and like other companies affected by this tax, we will be adding a fee to our invoices, from November,” Google told the FT. “We will continue to pay all the taxes due in the UK, and to encourage governments globally to focus on international tax reform rather than implementing new, unilateral levies.”

This is Google’s understated way of saying “two can play at that game.” It’s very tempting for wasteful governments to fill gaps in their budgets by raiding business for extra cash, because they can position it as clawing back some cash from horrid, greedy capitalists in the name of the huddled masses. This Robin Hood narrative can even be quite plausible right up to the moment when those extra costs are passed directly onto said masses.

That’s not to say there aren’t very legitimate concerns about US internet giants paying pitiful rates of tax on their international earnings thanks to their ability to constantly shift the location at which they realise profits. But nobody is suggesting what they’re doing is illegal – they’re simply making good use of the legions of tax lawyers at their disposal.

Apparently Amazon is trying a similar move and we would expect Facebook and the rest of them to do the same before long. The European Commission is quite rightly investigating the effect the near monopolies these companies have over their markets has on its consumers. It should continue to do so, as well as addressing tax loopholes, but unilateral business tax increases will always be passed on to consumers and those that impose them know it.