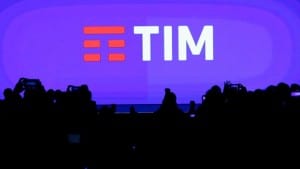 TIM. The Italian incumbent will get its wish to control the country’s proposed single high-speed network, if it agrees to a plan the government is about to present to its board.

The Italian press is awash with reports that the government has approved a plan hammered out by state-owned investment bank Cassa Depositi e Prestiti (CDP) that would see TIM take majority ownership of the single network but with governance strictly regulated and shared between various stakeholders.

Meanwhile, on a separate but entirely related note, TIM and domestic rival Tiscali have inked a deal that will see the latter participate in TIM’s FiberCorp network. Its a commercial deal, so Tiscali is essentially committing to investing in the high-speed network and to migrating customers onto it. Tiscali is not taking an ownership stake at this stage, but the pair have not ruled it out, noting that they will assess such a move in the medium-to-long term.

TIM plans to spin off its access networks business as FiberCorp and is sitting on a binding offer from investment group KKR to acquire a 37.5% stake in the outfit, valuing it at €7.7 billion. The structure of the deal would leave TIM with a 58% stake, with rival Fastweb taking a 4.5% in exchange for contributing its 20% stake in Flash Fiber – its fibre-to-the-home (FTTH) network joint venture with TIM – to FiberCorp.

That deal, which is due to be finalised by the telco’s board next week, is expected to form the basis of a single network project in Italy, which now looks even closer to fruition given that the state and CDP seem to have hammered out a solution designed to keep everyone happy…or at least to overcome the biggest bones of contention.

According to financial paper Il Sole 24 Ore, the company structure agreed by the government and CDP will allow for the integration of infrastructure rolled out by Open Fiber, the alternative fibre provider created by CDP and its JV partner, utility company Enel.

In a nutshell, it facilitates the separation of TIM’s infrastructure, while still allowing TIM to control the new entity – with a maximum stake of 50.1%, it claims – and CDP to have a strong presence. The shared governance aspect guarantees the ‘third party-ness’ of network; according to La Repubblica, TIM will not be permitted to control the board of the new company. It is also designed to pass regulatory scrutiny, including at European level.

This is the bones of an agreement that will take some time to hammer out, even if it finds favour with all parties.

Then there’s talk of whether more of TIM’s network assets should be incorporated into the new entity, beyond its access networks.

This is the Appian Way of telecoms; its strategically important and is a long road to travel.