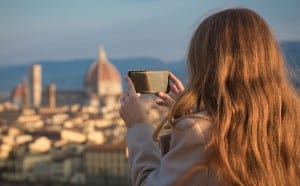 The Italian government wants TIM to get involved in a national broadband monopoly but not control it. Tim’s not so keen.

This saga has been going on for a while, pushed by an Italian government that owns broadband provider Open Fiber and apparently doesn’t like ISPs having the option of using a network it doesn’t control. TIM, which owns the other network, isn’t so keen on getting into bed with the state, but has recently indicated it might be persuaded, so long at it remains the majority shareholder of the combined entity.

Recent comments from Italian Minister Stefano Buffagni, however, appear to pour water on that stipulation. Reported by la Repubblica, via Reuters, Buffagni said “Under a regulatory and antitrust profile, a single network company that supplies wholesale access services to all operators cannot be in the hands of a single, vertically integrated majority shareholder.”

So the Italian government’s plan seems to be to get TIM to hand over control of its broadband network out of some act of patriotic altruism, or something like that. While we don’t question TIM’s love for its country, this does seem like a bit of an ask. On the other hand creating a private monopoly is a somewhat counterintuitive move too, so maybe it’s time for the Italian government to throw in the towel on this one.