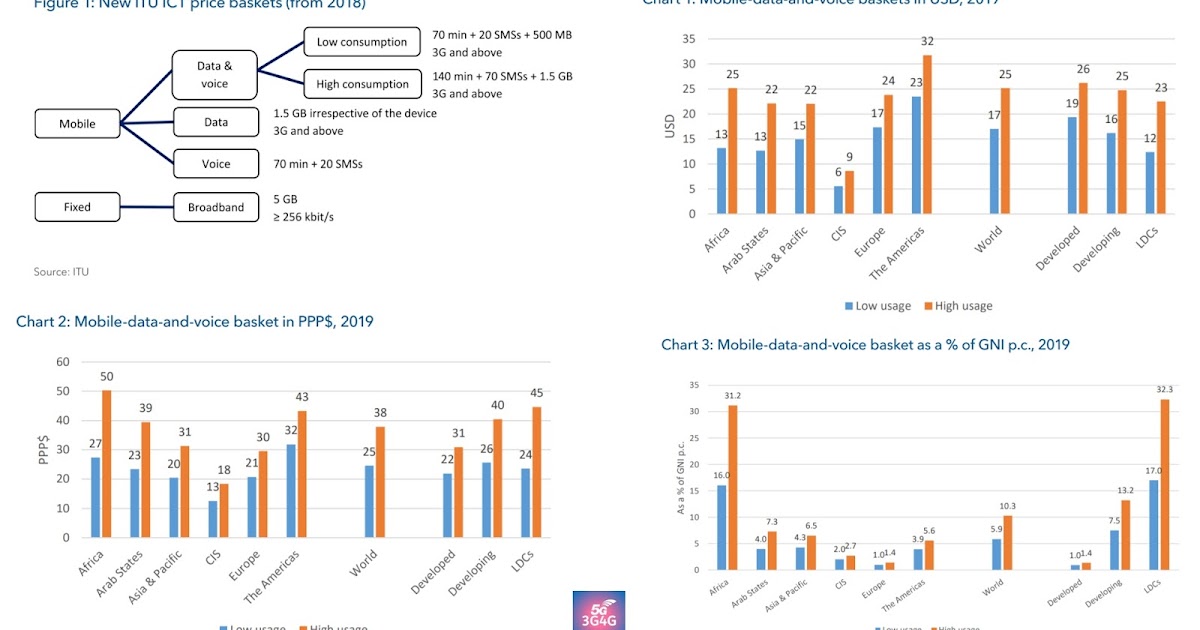 About 5G
With the mobile technology gaining even more subscribers and smartphones becoming common, the telecom services pricing that includes voice, SMS and data is falling. Many operators are now including bundles with generous amounts to satisfy everyone. In many European countries, it is very common to have plans with unlimited everything.

One of the reports that ITU releases is called “Measuring Digital Development: ICT Price Trends“. The latest report for 2019 was released in May this year. The press release says:

On average, prices for mobile-voice, mobile-data and fixed-broadband services are decreasing steadily around the world, and in some countries even dramatically. The reduction in price relative to income is even more dramatic, suggesting that, globally, telecommunication and information and communication technology services are becoming more affordable. However, both trends do not translate into rapidly increasing Internet penetration rates which suggests that there are other barriers to Internet use, concludes ITU in its new statistical report, Measuring Digital Development: ICT Price Trends 2019.

The latest statistics from ITU confirm that affordability may not be the only barrier to Internet uptake, and that other factors such as: 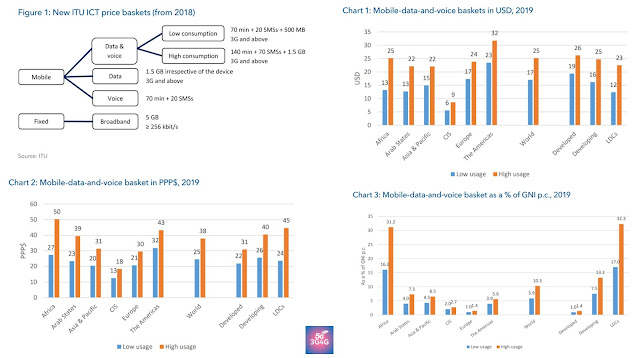 Some of the results are quite interesting as shown in the image above. The picture on top left shows the different types of packages. The report analyses price data for five key services based on the following five baskets:

Chart 2 shows Mobile data and voice baskets in PPP$, where PPP stands for purchasing power parity. This is defined as basket of goods based comparison approach (see here)

Finally, chart 3 shows Mobile data and voice basket as a % of GNI p.c. GNI stands for gross national income. Expressing prices relative to GNI per capita (GNI p.c.), as a measure of affordability, reveals huge gaps between prices for different levels of development. In developed countries, the price of a low-consumption mobile-data-and-voice basket was equivalent to 1 per cent of GNI p.c. in 2019. In developing countries, this basket cost 7.5 per cent of GNI p.c., while in the LDCs this rose sharply to 17 per cent. For high-consumption mobile-data-and-voice baskets, the differences were even larger. 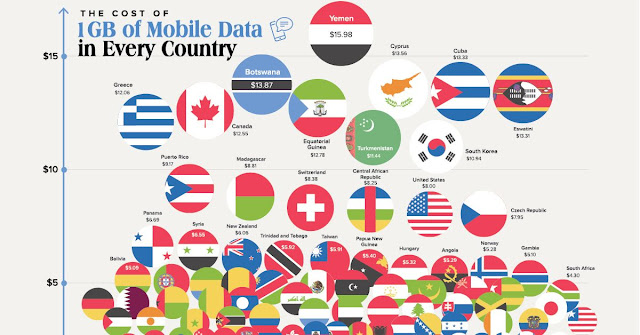 Visual Capitalist has a nice summary of data prices for 1GB of Mobile data in different parts of the world. A striking trend worth noting is that four out of five of the most expensive countries (Malawi, Benin, Chad, Yemen & Botswana) for mobile data are in Sub-Saharan Africa (SSA). 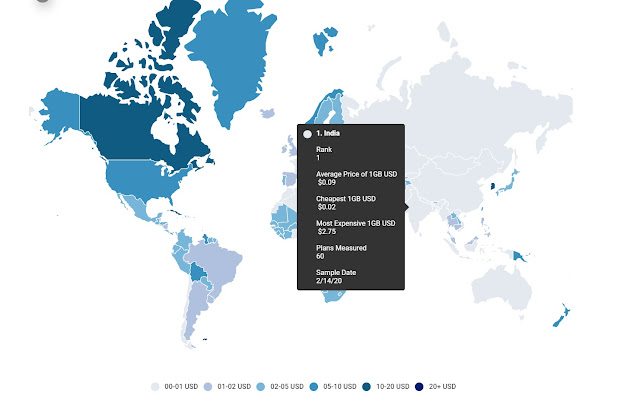 Cable.co.uk have an interactive map here, that allows you to see prices in different parts of the world. As you would guess, the cheapest data prices in the world is in India.

Finally, eXtensia has a list of data costs in African countries from 2019 here, a lot has changed in the last year so you may have to check if the information you need is correct as of today.